BEYBLADE BURST RIVALS is the official fast-paced match-3 puzzle battle game based on the hit boy’s action property, BEYBLADE BURST, which follows the adventures of Valt Aoi and the rest of the gang as they strive to become the world’s greatest Bladers.
Choose your favorite character and follow them on their quest to become a Master Blader as they enter BEYBLADE BURST tournaments, use rare and powerful Beys with the help of your loyal Avatars and participate in epic battles.

Collect an arsenal of Beys and upgrade them, unlocking special Bey techniques that provide a decisive edge for the ultimate battle. Which ones will you master?
Use strategy to defeat your opponents and strive for Ring Out Finishes, Survivor Finishes, and epic Burst Finishes!

Do you have what it takes to become the best Blader in the world? Grab your Bey and LET IT RIP!

FAST-PACED MATCH 3 BEYBLADE BURST BATTLES:
• Match tiles to power up and unleash epic Bey Techniques in battle!
• Use your favorite Bey Techniques from the TV series like Rush Launch, Counter Break, Quake Launch and more!
• Switch your Beys between rounds to perfect your strategy!

BATTLE HEAD-TO-HEAD WITH YOUR FAVORITE BLADERS, BEYS & AVATARS FROM THE BEYBLADE BURST TV SERIES:
• Collect and use all your favorite Beys in battle including Victory Valtryek, Storm Spryzen, Raging Roktavor, Xeno Xcalius, Lost Lúinor and more!
• Battle all your favorite characters including Valt, Rantaro, Daigo, Ken, Wakiya, Xander, Zac, Shu, Lui and more!
• Activate your devoted Avatars, charge up, sit back and watch their explosive affects across the board
• Challenge the best Bladers!

COLLECT THE RAREST AVATARS, BLADERS & BEYS:
• Discover rare and epic loot by opening Bey Boxes!
• Collect, level up and manage your Avatars, Bladers and Beys and use their powers strategically in battle!
• The more powerful the Blader or Bey, the better their stats, powers and abilities will be!
• New Bladers and Beys are added all the time!

BECOME THE BEST BLADER IN THE WORLD:
• Compete in tournaments in awesome locations like Mountaintop, Seaside, and the National Stadium!
• Train your arsenal of Beys by battling in Quick Play!
• Compete in special weekly tournaments for epic rewards!
• Defeat the greatest Bladers and earn your place in history!

Need help? Use our Beyblade Burst Rivals Walkthrough page or sign up and make your contribution today.

Beyblade Burst Rivals is a free-to-play, action and puzzle game developed by Epic Story Interactive Inc, and is available for download on both iOS and Android devices. The app is compatible with iOS 10.0 or later on the following devices: iPhone 11 Pro, X, Xs, SE, iPhone 8, 7, 6, iPad Pro and iPad Mini.

Click the button or scan the QR code below to download the latest version of Beyblade Burst Rivals on iOS. 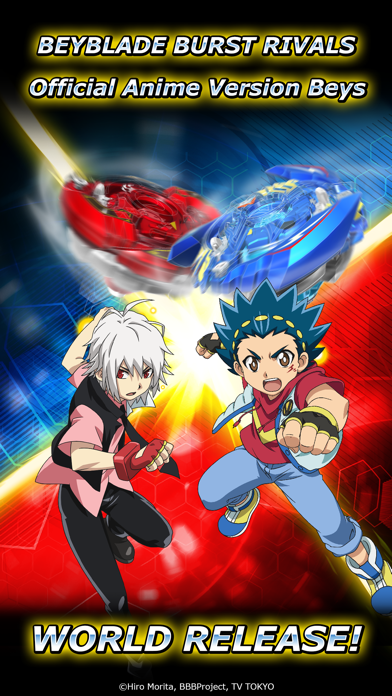 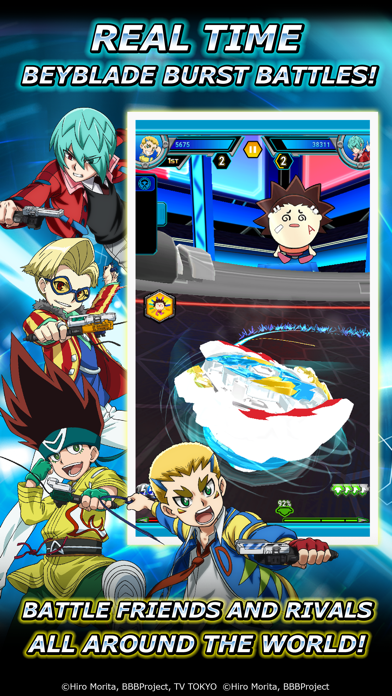 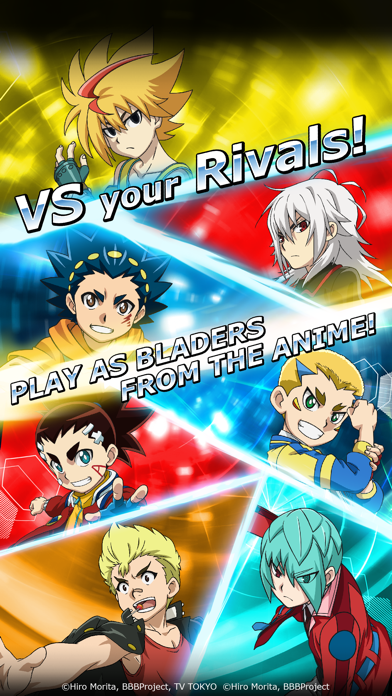 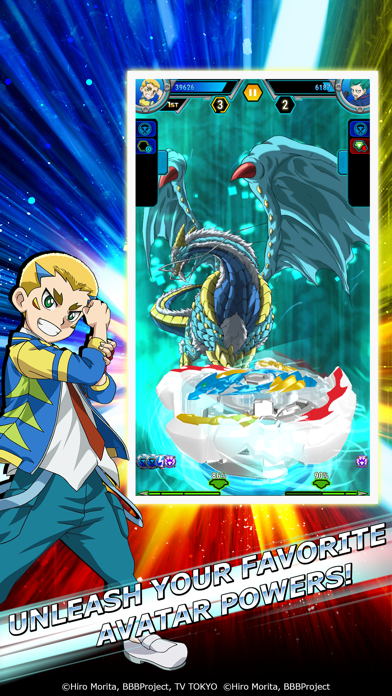 Review: It glitches but it’s still cool. The app is fun and it is a crazy cool thing but something’s wrong… it glitches…

Review: New beys Add new beys it has been forever quadrive has plenty of cool beys but your missing sparking beys tell me...

By THANK YOU BEYBLADE