﻿Sprint into the new era of BEAST MODE with Marshawn Lynch Pro Football 19. Take control of the big game and put yourself into the most EPIC American Football game on mobile yet! Unite with AFL’s legendary running-back Marshawn Lynch and bring your football dreams to life in strikingly-realistic graphics with unrivalled arcade tilt-motion gameplay! Get involved in the new football season!
Smash the field, get the sponsorships, land the big touchdown and become the hero of the game!

BECOME A FOOTBALL RUNNING-BACK LEGEND
Train with Marshawn Lynch and see if you have what you take to make it to the big game. Work your way through a labyrinth of defenders, obstacles and hazards to prove your worth as a true running back superstar – and become the next legendary player!

SWITCH INTO BEAST MODE
Weave in and out of bonus zones to charge up BEAST MODE and gain the power and determination needed to make it to the end-zone! Learn all the secrets with 1-on-1 training with Marshawn Lynch!

TAKE THE DEFENSE
Become unstoppable and destroy the defence, as you charge upfield watching defenders crash to the ground with physics-driven animation. Use raw strength to truck through heavy duty, real-time walls and blast them out of your path.

RISE UP TO THE NEXT LEVEL
Gain experience in the field and level up with Beast Points that can be spent unlocking and personalising your football superstar!

COMPETE FOR THE BEST SCORES!
Play against the best in the world and compete on scores in the ultra-competitive leaderboards!

Need help? Use our Marshawn Lynch Pro Football 19 Walkthrough page or sign up and make your contribution today.

Hi! We have fixed a calibration issue that might be affecting a small portion of players. Thanks for playing!

Marshawn Lynch Pro Football 19 is a free-to-play sports game developed by Full Fat, and is available for download on both iOS and Android devices. The app is compatible with iOS 9.0 or later on the following devices: iPhone 11 Pro, X, Xs, SE, iPhone 8, 7, 6, iPad Pro and iPad Mini. 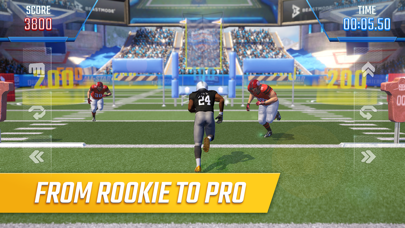 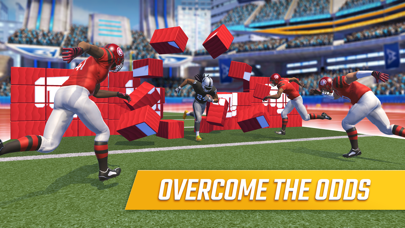 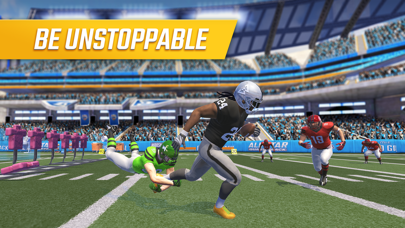 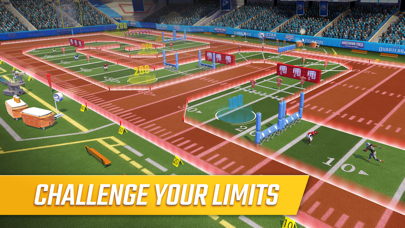 Review: this game is good but needs something So I like to play A LOT but u need things to play the levels so I run out in...

Review: fun the only problem is I don’t like the energy concept it’s annoying

Review: Football life It a war game on the field but it a game of champion and female host looking stunning and beautifully

Review: this game should have this i love everything but wheres the trucking and spining and stiff arm where are those !?!?!!??!?!?!

Review: NFL This game made me so good at football! You should get it because it will teach you how to play...

By so good football!