What do you know about your world? ‘THIS IS… Military Machines’ is a new quiz game all about the machines of war: planes, tanks, ships, submarines, and more.
Collect and compare over 150 vehicles from Henry VIII’s navy in the 1500’s right up to the latest 5th generation fighter jets.

If you can answer these puzzles, then try the harder challenges in the game!
- Which vehicle costs more to buy? The B-2 ‘Spirit’ stealth bomber or a Los Angeles-class submarine?
- What had the highest top speed? The P-51 Mustang or the Supermarine Spitfire?
- Which has a bigger crew? The USS Constitution or a Nimitz class carrier?
- Which is the more dangerous? The Eurofighter Typhoon or the Avro Lancaster?
- Which machine was made in higher numbers? The US M1 Abrams tank or the Russian T-14 Armata tank?
- Which vehicle entered service first? The V-22 Osprey or the F-35 Lightning II?

Win the game by correctly placing your cards into a list of other vehicle cards.
Play alone, play offline, play against friends.


Our other ‘THIS IS…’ card games are coming soon to test your knowledge on other subjects:

- OUT NOW! THIS IS… Your World: Test yourself on the countries of the world, plus all 50 US States. The biggest, the oldest, the most populated, the richest, the dirtiest, the most violent, and the highest.

- COMING SOON THIS IS… Disease Lab: All about infectious disease! From the common cold to Ebola!

- COMING SOON THIS IS… Amazing Cities: All about the great cities of the world.

Need help? Use our Military Machines Walkthrough page or sign up and make your contribution today.

Military Machines is a free-to-play, card and trivia game developed by brightsolid and is available for download on both iOS and Android devices. The app is compatible with iOS 8.0 or later on the following devices: iPhone 11 Pro, X, SE, iPhone 8, 6, iPad Pro, and iPad Mini.

Click the button or scan the QR code below to download the latest version of the Military Machines app on iOS. 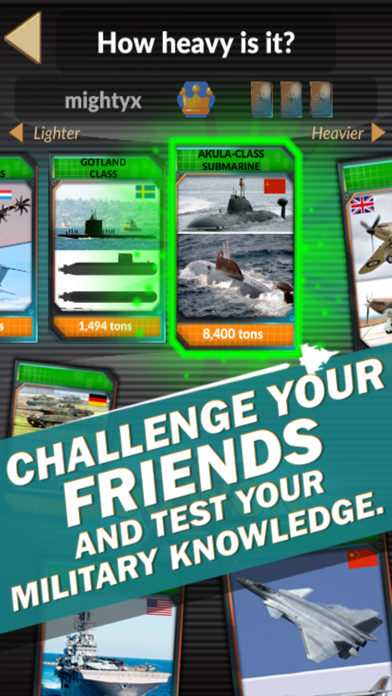 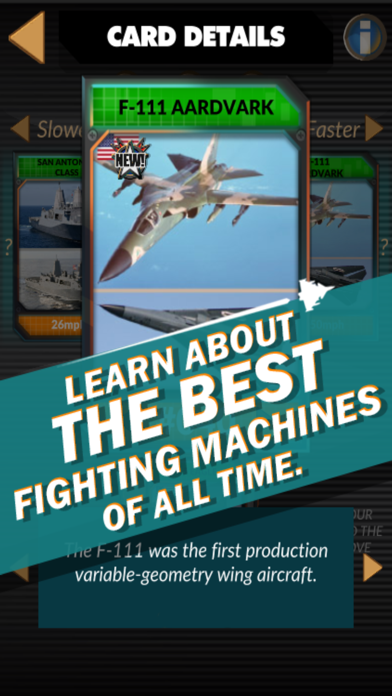 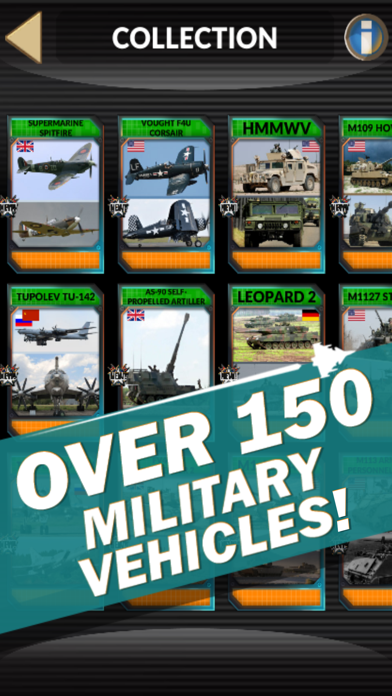 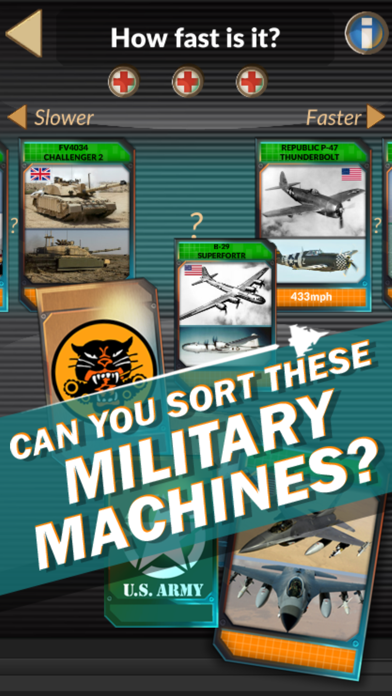 Military Machines has 0 reviews across all iTunes Stores.