Winter carnival-like game where the challenge is to throw and toss balls to knockdown stacks of targets. The game is in the tradition of 'toss,' 'knockdown' and 'throw' games - just touch then swipe/flick and release to throw a ball and try to hit all the targets. The mechanic is a combination of strategy, puzzle and arcade and while it may seem easy, as you progresses to the levels (there are 80 levels), you might find some levels to be very challenging. Aim the ball carefully before flicking so that it goes to the direction you want to throw/toss the ball to. The speed and distance of the flick affects the speed and distance of the trow.
The player has a limited number of balls to toss and throw, so use them carefully and don't run out of balls before all the targets are knocked down. Strategic planning and some thinking is required in many levels - knocking down blindly will cause the player to run out of balls before all the targets are destroyed.

The targets are arranged in various formations and remember that the player have a limited number of ball to throw, a lot less than the number of targets. Plan, think ahead and strategize how best to destroy the stacks and/or formation in batch. Hit ice cubes and ice panels to break them. Sometimes it's best to try to knockdown as much targets as possible. But sometimes a well aimed shoot can produce chain reactions, causing more objects (such as targets on top of one another) to fall. For example, in the situation where the targets stand above ice, it may be better to target the ice and break them so that the target falls, rather than knocking down the targets, which may take more hits and throws.


Bullet feature list:
- A ball tossing game / target-knockdown game. Just swipe to aim the ball and release to knockdown the targets.
- Colorful carnival holiday graphics and music evokes fun spirit and bring smiles.
- The game is run under physics engine which means targets may tumble, fall, slide, or smash
one another.
- There are 80 levels to play that spans across four colorful, bright and cute colorful environments.
- Variety of targets and formations. Some are stacked against each other, some above pedestal, some in formation, some in moving platform, and in hard to hit carnival booth.
- Some levels require some thinking since you have a limited number of moves, try to hit all the targets with the least amount of throws.

Need help? Use our Carnival Ball Tossing Walkthrough page or sign up and make your contribution today.

Carnival Ball Tossing is a free-to-play action game developed by F Permadi, and is available for download on both iOS and Android devices. The app is compatible with iOS 8.0 or later on the following devices: iPhone 11 Pro, X, Xs, SE, iPhone 8, 7, 6, iPad Pro and iPad Mini.

Click the button or scan the QR code below to download the latest version of Carnival Ball Tossing on iOS. 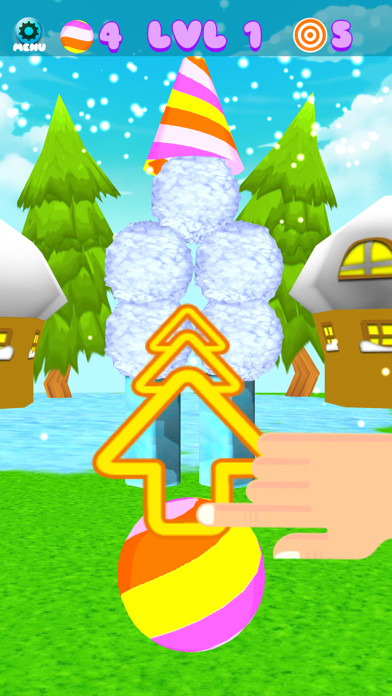 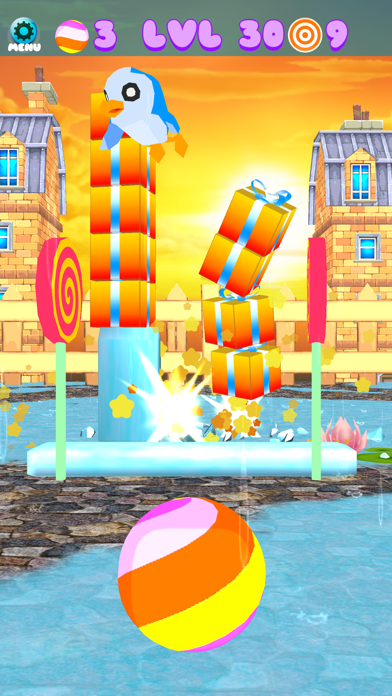 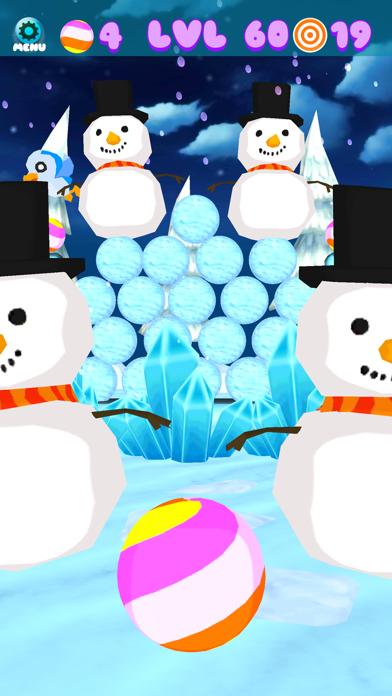 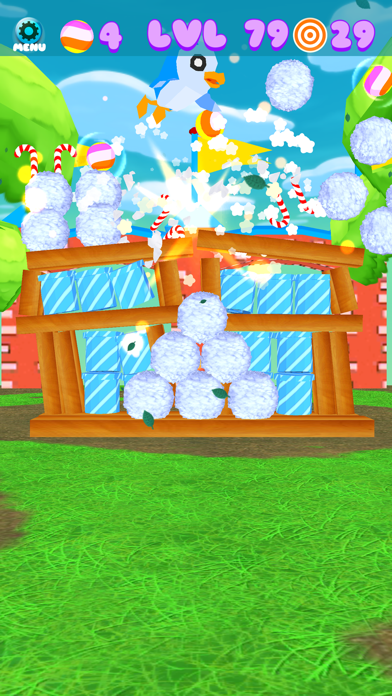