Rainbow Meteor is a challenging arcade game where you can choose from a variety of characters to defend against a meteor shower by using their abilities to hit or dodge meteors based on their color. Hit brown, blue and ice meteors. Dodge grey, yellow, fire and lightning meteors. Special attacks work on any type of meteorite. Rainbows can change the color of meteorites. Being on the receiving end of a meteor impact while in an idle position or hitting/dodging the wrong meteors results in losing HP/hit points and allowing your HP to reach zero will result in gameover. Rainbow Meteor is a very hard game that requires great reflexes, reactions and focus in order to succeed.
Characters and bios/abilities/weapons/special moves include...

Superhuman - A super strong, fast and durable superhero who can lift weight that is far beyond a quadrillion tons and move several times faster than the speed of light.

Super Punch(Hit) - Uses his super strength to punch and destroy.
High Speed Movement(Dodge) - Uses his super speed to dodge.
Comet throw(Special) - Throws a comet at an extremely high speed. Comets can be thrown at the Sun or Moon.
Thunderclap(Special) - Claps his hands together creating a large and powerful omnidirectional shockwave of destruction.

Mage - A practitioner of magic who can create and manipulate fire that is as hot as the sun, ice that is as cold as absolute zero and lightning bolts that are powerful enough to destroy a moon.

Ninja - A master swordsman with enhanced speed and strength who's skill and accuracy with throwing ninja stars are so great that it is impossible for him to miss any target that isn't several times faster than himself. He can swing his sword at the speed of sound and create shockwaves that are powerful enough to slice mountains.

Sword Slash(Hit) - Swings his sword in the form of a vertical or horizontal attack.
Substitution(Dodge) - Replaces himself with a log that can take a hit from an incoming asteroid instead of himself.
Quick Movement(Dodge) - Uses his enhanced speed to dodge.
Clone(AI only) - Creates 3 clones of himself and throws 3 asteroids of various colors. 2 of the asteroids turn transparent and one stays solid.
Shockwave Slash(AI only) - Creates a shockwave with the slash of his sword.
Shuriken Spread(Special) - Throws giant ninja stars in multiple directions.

Telepath - A powerful psychic who can instantly teleport anywhere within the universe, create portals, manipulate gravity, levitate and use telekinesis strong enough to move a million tons.

Barrier(Hit Vertical) - Creates a barrier to protect himself from incoming meteorites.
Portal Transfer(Hit Horizontal/AI) - Creates a portal that can teleport an incoming object to another location/portal.
Teleport(Dodge) - Instantly transports himself from one location to another.
Telekinetic Meteorite(AI only) - Uses the power of telekinesis/his mind to defy gravity and move asteroids from afar. Asteroids powered by psychokinesis may randomly enter portals and change colors while in a portal.
Blackhole(Special) - Creates a vortex with gravity that is strong enough to completely nullify the velocity and momentum of an asteroid then pull it in.

Need help? Use our Rainbow Meteor Walkthrough page or sign up and make your contribution today.

Rainbow Meteor is an application developed by Aaron Marshall and released on iOS. The app is compatible with iOS 8.0 or later on the following devices: iPhone 11 Pro, X, Xs, SE, iPhone 8, 7, 6, iPad Pro and iPad Mini. 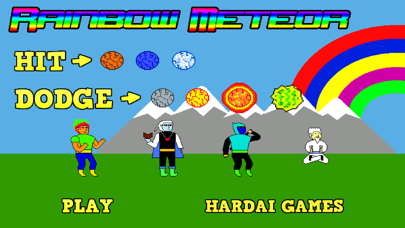 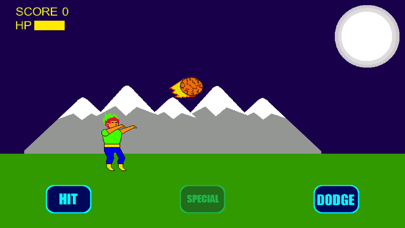 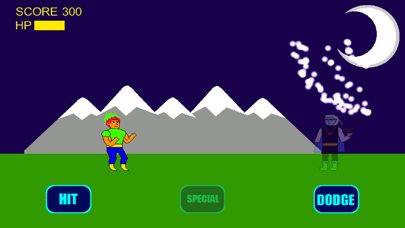 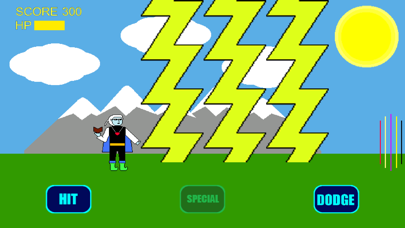