Replay one of the best games from 1985 in this new remade classic, and relive the moments from the days of ZX Spectrum and C64! Shadowfire gained a 96% Crash Smash and a 91% ZZap Sizzler award and is now with up to date graphics and sound, but otherwise true to the original!
** Play the AppleTV version for the ultimate retro feel. **

GAMERS SAY:
"..This is a masterful conversion in every sense..."
"..Still a hugely enjoyable game too, strategic, atmospheric.."
"..This new version is really beautiful to look at and play. I love the soundtrack too..."

STORY:
An ambassador, with vital plans, is held captive aboard a starship. You have six characters and one hundred minutes of real time to rescue him.

As mission controller it is your responsibility to ensure that the objective of your mission: The rescue of ambassador Kryxix is achieved - at any cost. The success of your mission and your future promotion depend upon it.

Ambassador Kryxix has the Empires secret plans of a new weapon technology, hidden in a micro-disc embedded in his spine. The ambassador is held captive aboard the evil genereal Zoff's starship: the Shadowfire.

Enigma, is a shadowy organisation dedicated to the Emperor's service. Its operatives are the cream of the Empire's legions, the worst of its criminal scum or latest development in cybernetics. Its mission controllers are dedicated. That is why you have been chosen to head this mission. The Empire commands! Your team awaits!

We, at Enigma Control, believe this mission is suicidal. However, in the name of the Emperor your are commanded to attempt the mission's objective. Should Kryxix be rescued further orders will be issued to you.

SPECIAL THANKS:
Many thanks to industry veteran computer artist Simon Butler who worked on the original Shadowfire from 1985 (design, cover design, character design, manual story, concept art). Shadowfire and all related characters are the IP of S. Butler 1993. Thank you Simon!

Need help? Use our Shadowfire Walkthrough page or sign up and make your contribution today.

Shadowfire is a free-to-play, adventure and strategy game developed by Hart Designs, and is available for download on both iOS and Android devices. The app is compatible with iOS 12.0 or later on the following devices: iPhone 11 Pro, X, Xs, SE, iPhone 8, 7, 6, iPad Pro and iPad Mini. 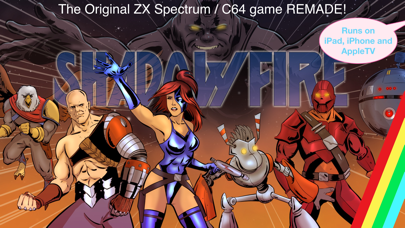 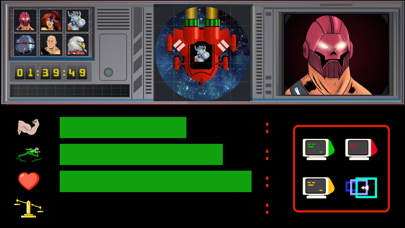 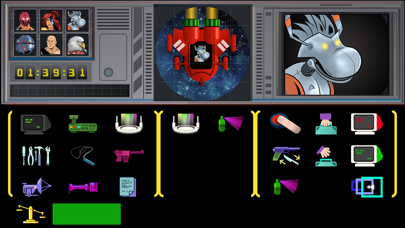 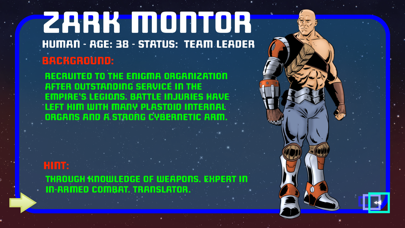