Now with 12 civilizations - the vikings are here!
From the depths of obscurity to the peaks of legend, you will be the author of your civilization's history. Will you launch epic wars and conquer the entire world? Or rise up as a virtuous leader renowned for your sagacity? Will you set off to explore the unknown as a pioneer? Or dedicate yourself to helping your own people?

Only time will tell...

***Features***
#All-new civilization#
Your scout reports Vikings battling near your City. Led by the mighty Ragnar Lothbrok and Bjorn Ironside, the seafaring Norses are raiding, pillaging and fighting anyone in their sight. The Vikings have landed in ROK! Will you summon this mighty civilization to strengthen your city, or face them head-on on the battlefield?

The axe-wielding, fearless warriors of the Vikings are the latest civilization to enter ROK. You can now choose this brand-new civilization in your journey to glory and greatness! At their core is the Vikings special infantry unit the Berserkers – ruthless soldiers motivated only by the splendors of taking from their enemies.

#Real-Time Battles#
Battles happen in real time on the map. Anyone can join or leave a battle at any time, allowing true RTS gameplay. See an ally being attacked right in your backyard? Send some troops to help your buddy out, or launch a surprise counterattack on the attacker’s city.

#Seamless World Map#
All in-game action takes place on a single, enormous map inhabited by players and NPCs. No isolated bases or separate battle screens. Never before seen on mobile “infinite zoom” allows you to transition freely between the world view and individual cities or barbarian outposts. Map features include natural obstructions such as rivers and mountain ranges and strategic passes that must be captured to gain entrance to neighboring regions.

#Twelve Unique Civilizations#
Choose one of 12 historical civilizations (more to come!) and guide your civilization from a lone clan into a great power. Each civilization has its own architecture, unique units, and special advantages.

#Exploration & Investigation#
Your world is covered in thick fog. Dispatch scouts to explore this mysterious land and uncover the hidden treasure within. Investigate lost temples, barbarian fortresses, mysterious caves, and tribal villages, gather intelligence on your enemies, and prepare yourself for the ultimate battle!

#Unrestricted Troop Movements#
New orders can be issued to troops at any time, offering limitless strategic possibilities. Launch an attack on an enemy city, then circle back and meet up with your alliance army to capture a pass. Dispatch troops to collect lumber from a nearby forest and have them pick off a few barbarian clans along the way. Forces can also be split up between multiple commanders so that you can engage in multiple actions simultaneously.

#Alliance System#
Full alliance features allow players to help one another: live chat with built-in translation, officer roles, map indicators to coordinate strategies, and more! Alliances can expand their territory to gain resources, capture mountain passes and barbarian outposts to strengthen their position, and work together to unlock group achievements.

#Conquer the Kingdom#
Fight alongside your alliance to take control of this vast kingdom. Clash with other players and use superior tactics to emerge victorious in a MMO strategy battle royale. Rise to the top and you and your civilization will be written down in your kingdom’s history!

#RPG Commanders#
Call upon dozens of historical figures who will serve as your trustworthy commanders, from Julius Caesar and Sun Tzu to Joan of Arc and Kusunoki Masashige. Level up your commanders by defeating barbarians and sending them into battles, then upgrade their abilities using an RPG style talent tree and skill system.

Need help? Use our Rise of Civilizations Walkthrough page or sign up and make your contribution today.

1. “Anniversary Festival” Events The Anniversary Festival event is about to begin, so let’s hoist our sails for RoK and an expedition of mementos! - Treasure Outlaws: The new “Treasure Outlaws” event is online for a limited time! Thieves have quietly appeared in all of the kingdom’s holy sites, and we have to retrieve all the loot. - 2021 RoK Yearbook: Claim your permanently preserved yearbook to look back and share your journey. - Ode to Valor: Be ready for battle at dawn with the collection of Anniversary Festival music. - Metropolitan Fair: Share your city layouts! Popular entries will receive great rewards and mystery gifts! - Celebratory Spoils: Login for seven consecutive days to obtain new Epic Commander Queen Tamar of Georgia. - Lucky Dice: The classic city theme is back, so come and join the challenge! - Anniversary Festival: 7 days of questing for great rewards! - To The Stars: Make “Messages in Bottles” with alliance members and get chests! - Anniversary Shop: Exchange for a wide variety of prizes, including a new city theme! - Dream Sojourn: Get Mementos by collecting resources in your city, gathering resources on the map, and defeating barbarians. You can use them in the “To The Stars” event. - Sharp Eyes & Quick Hands: Earn rewards and compete with other governors throughout the kingdom in this fun jigsaw puzzle challenge! - Arms Training: Challenge an Armsmaster Lohar who gets stronger with each battle! How long can you last? See the Event Calendar for a detailed schedule. 2. “Champions of Olympia” improvements 1) Adjusted the number of wins required for the weekly quests. Now only 4 are required for the full reward. 2) Adjusted the event time to the Friday-Sunday period. 3) Skill classification has been reworked. Now skills will be classed by troop type into four attunements: Infantry, Cavalry, Archers and Mixed. Correct selection of troop type attunement and matching skills brings great advantages in battle. 4) New surrender system added. Governors can initiate a surrender vote after the first 4 minutes of battle. 5) New preset lineup system added, allowing you to pre-configure up to three troops for more convenient gameplay. 6) Optimized battle performance. 7) Optimized interface. 3. Other optimizations 1) Optimized the mail system. Now Governors receive more detailed classification of battle reports. 2) Optimized the Commander Experience system. When a Commander reaches the highest level allowed by the current star level, EXP obtained will be stored. The stored EXP will take effect directly after the Commander hits the next star level. (3) The Chronicle quest “Bigger is Better” in the Preparation Season has been changed from “Total of 1,000 Alliance Flags Built in the Kingdom During This Chapter” to “Total of 500 Alliance Flags Built in the Kingdom During This Chapter”. 4) Optimized Gather skill descriptions of some commanders without changing the effects. 5) Optimized the Immigration Rules display. Now you can see the commanders and equipment that are restricted from use in each season. 6) Alliance-related permissions added to secondary password protections.

About Rise of Civilizations

Rise of Civilizations is a free-to-play strategy game developed by Lilith Games, and is available for download on both iOS and Android devices. The app is compatible with iOS 10.0 or later on the following devices: iPhone 11 Pro, X, Xs, SE, iPhone 8, 7, 6, iPad Pro and iPad Mini.

Click the button or scan the QR code below to download the latest version of Rise of Civilizations on iOS. 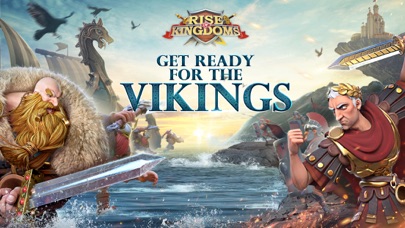 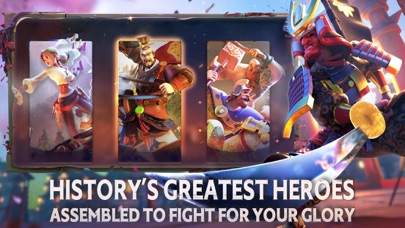 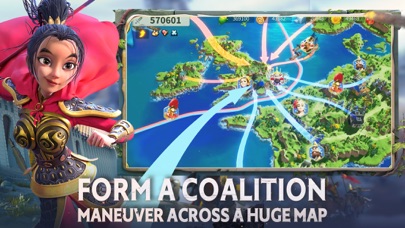 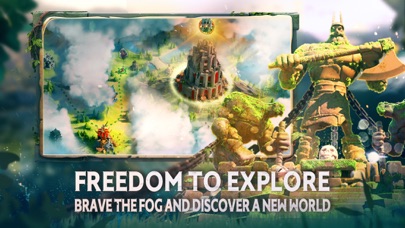 Review: Charge!!! Not a bad game to strategize and grow

Review: Amazing Amazing the detail and design of the game is amazing I do wish that there was an item to get...

Review: Great I started play like 1 month ago and still have fun playing

Review: Fun game started yesterday Currently upgrading to level 8 and don’t have much power I only have 30,000 and I don’t really know how...

Review: Fun and interactive Better than I expected. I’m not really a game player of this type but I enjoy working as a...