Protect or eliminate the King!

THE TYRANT KING IS PUSHING THROUGH THE MOB! IT'S TIME TO PROTECT HIM... OR END HIS REIGN. CHOOSE YOUR SIDE IN A MERCILESS DUEL!
The people are angry... danger abounds. Three assassins are planning to murder the monarch! Get ready for a fight – the hunt is on!

King & Assassins is a simple game in which deception and tension are paramount.
One player takes the role of the the tyrant King and his soldiers. His objective is to push through the mob of angry citizens who have overrun the board and get back to safety behind his castle walls.
Before the game, the player controlling the assassins secretly chooses three of the twelve citizens occupying the board. These three will become the would-be assassins!

In every turn, each of the two sides have a certain amount of Action Points at their disposal for the King, his guard and his citizens.
Use the soldiers and their ability to push back the mob as best as you can because assassins lurk among them!

Action, deception, daring coups – King & Assassins has all of this and more to offer the boldest players with the courage to fight this incredible duel!

FEATURES
• Graphically detailed environment with characters in 3D
• Play in single-player mode against the computer, square off against your friends in Pass & Play mode or against players from all over the world in Online Duel mode
• 2 game boards available for a different experience: explore the Market or walk down the mysterious Alley of Shadows!

Need help? Use our King and Assassins Walkthrough page or sign up and make your contribution today.

About King and Assassins

King and Assassins is a board game developed by Asmodee Digital, and is available for download on both iOS and Android devices. The app is compatible with iOS 10.0 or later on the following devices: iPhone 11 Pro, X, Xs, SE, iPhone 8, 7, 6, iPad Pro and iPad Mini. 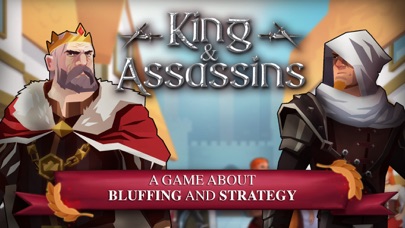 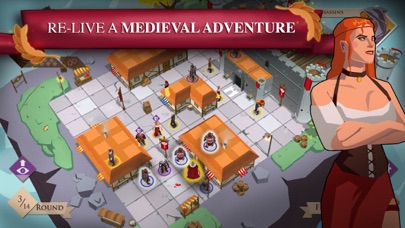 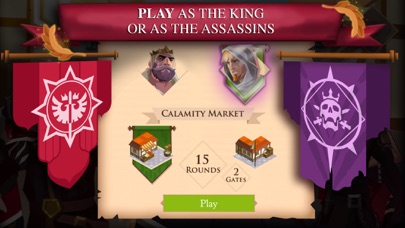 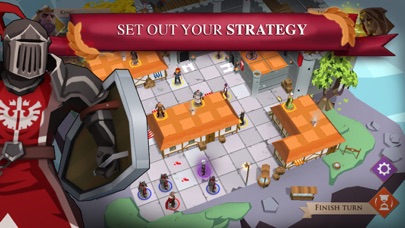 Review: 'Love the simplicity' 'Good for a quick game. Enjoy playing it with my twin across the country. Seems like there are no other...

Review: Great game, needs better AI This is a great game! I love it! ...and would give it 5 stars except for the fact that it doesn’...

Review: 'King and Assassins' 'Question. Like setup. Is there cards as in board Game? Always like Amodee games.'