It is a PIRATE REVOLUTION in the genre! Pirate Tales are about to board your device with some brand new action RPG experience. Become a pirate captain, the terror of the seas, and be known as the most fearsome pirate alive!
EASY TO PLAY, HARD TO MASTER

Thrilling graphics, spectacular soundtrack, dynamic battles with QTE and lots of ways to define the outcome of the battle. You have never seen a game like this before!

PUT TOGETHER A CREW

Dreaming of being the true captain? Here's your chance! Gather different well-known characters, including Davy Jones, Francis Drake, Blackbeard, Montezuma, Columbus, and many others – each with their unique abilities, stats, and factions. Upgrade your heroes to become more powerful and conquer the seas!

Have you heard about the legendary ghost ship that can never make port and is doomed to sail the oceans forever? Would you have it as your sail? Try and prove that you are a true pirate captain!

Take part in different exciting PvP tournaments and show all your opponents who be the best pirate upon the high seas! Conquer the marine domain, protect your lands, and expand your influence! Take your rightful place among the famous captains of all times.

You can buy a subscription and get 300 gold coins a day while it’s active. Subscription costs 19.99 USD per month.

You can also acquire one of the following Ranks:

The Admiral Rank allows you to “hire” an in-game assistant - the First Mate, as well as unlocks Rank Avatars, access to extra Events and 8 free stamina recoveries a day for your Heroes throughout the term of subscription.
Subscription costs 9.99 USD per week.

The Vice Admiral Rank allows you to “hire” an in-game assistant - the First Mate, as well as unlocks Rank Avatars, access to extra Events and 3 free stamina recoveries a day for your Heroes throughout the term of subscription.
Subscription costs 4.99 USD per week.

The Captain Rank allows you to “hire” an in-game assistant - the First Mate, as well as unlocks a Rank Avatar throughout the term of subscription.
Subscription costs 3.99 USD per week.

You can switch between Ranks at any time. Only one Rank can be active at any given time.

Prices are in US dollars. Your home region may display prices in different currencies, reflecting the appropriate exchange rate.

Need help? Use our Pirate Tales Walkthrough page or sign up and make your contribution today.

Aye, Captains! Long time no sea, but that's all due to the fact that we've been busy as kraken! Introducing 14 new heroes... and a brand new rarity at that: the Mythics! Mythic heroes are the legends of the seas and seafaring come alive, almost godlike and the best in their Factions! - Sea Keeper (Mercenaries); - Duty (Empire); - Siren (Pirates); - King of Beasts (Tribes); - Fury (Albion's rage in flesh and blood); - And, finally, the Grim Reaper (the Damned). + 6 new Uncommons! Berserk raves and storms for the Tribes; the Sharper is friendly with the Pirates; Zombie walks along with the Damned; Conquistador defends the honor of the Empire; the Cantiniere feeds the Mercenaries; and the Ship Doctor has come all the way from the Albion. Oh, and 2 more Rare heroes! A Sister of a Spanish monastic order helps Empire's warriors, while the Damned Assassin continues to wreak havoc on his enemies. Mind you, we've also updated a few old (but gold!) Heroes. Meet the even better Hernan Cortes, Davy Jones and Bombette! Balance: - We've somewhat reworked the accumulation of Rage during battle: your opponents won't be able to use their Abilities that often anymore. Performance: - There's been a major "below the keel" optimization, making everything load faster and run smoother.

Pirate Tales is a free-to-play, adventure and action game developed by Crazy Panda Limited, and is available for download on both iOS and Android devices. The app is compatible with iOS 9.0 or later on the following devices: iPhone 11 Pro, X, Xs, SE, iPhone 8, 7, 6, iPad Pro and iPad Mini. 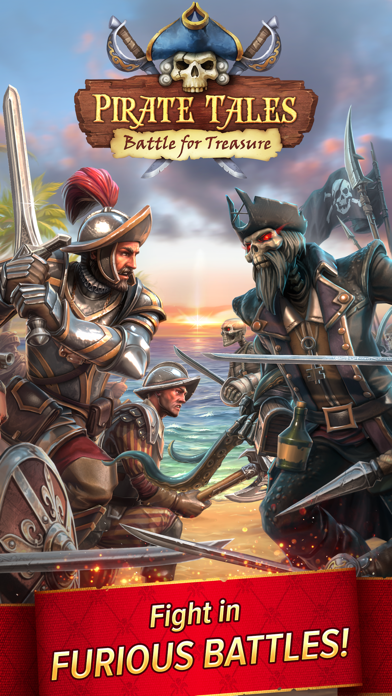 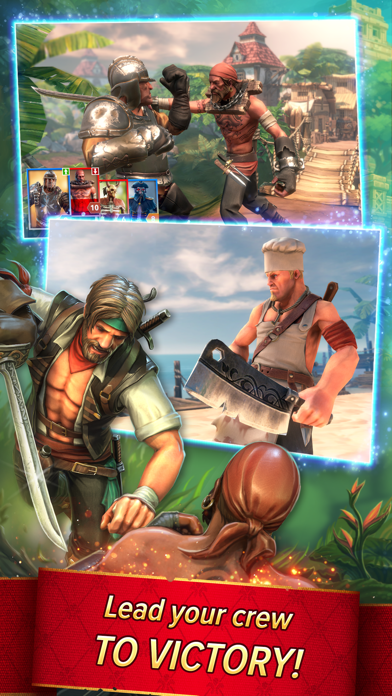 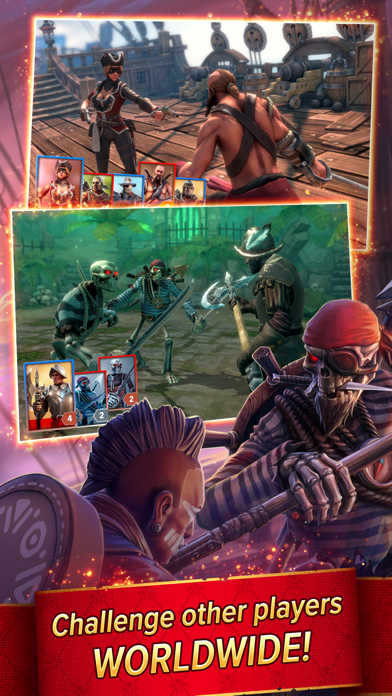 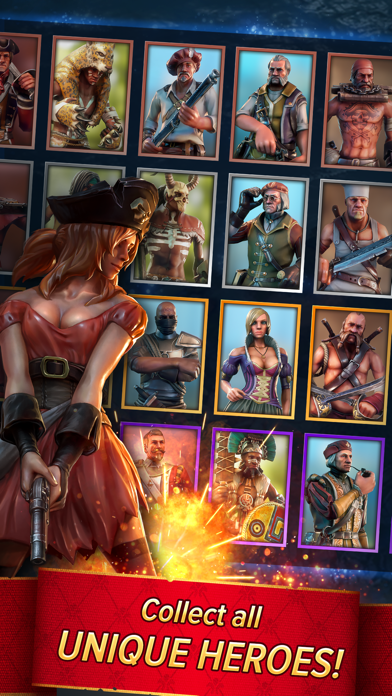 Review: Best game I’ve ever played This game is really good I keep working on it when I lose a battle. I also love how the...

Review: 'The game crashes too much' 'Im on the fourth map, but every time I try to load the game, it shows the map, goes to...

By The Ebon Hawk

Review: Fun game, Decent Story This is a fun game. Exceeded expectations. Only downside is the animations don’t very based upon character or group....

Review: 'Wow!' 'Nice and cool game I pretty love this game because the characters look like they are READY FOR BATTLE!'

Review: 'Awesome Pirates!!!' 'Thi this is such an exciting game to pass lay! I love it!'