As Heian-kyo marks its 4th birthday, many thanks for your support and for accompanying us through this journey!In the past year, the stories of Heian-kyo have expanded in the various parallel universes. Even more possibilities are to be revealed in the coming year! Concluding the past year and welcoming the new year is the incoming 4th Anniversary!
Celebrations commence with the arrival of the new shikigami Ungaikyo, and no Anniversary will be complete without the Anniversary themed Royal Skin! Kaguya, Kyonshi Imoto, and Hako Shoujo will all change into fresh outfits to delivery you the cheerful festivities!
Gold Daruma, unowned Shikigami, Seal effects, unowned Skin, as well as more generous gifts will be presented to you during the Anniversary! Complete quests to unlock episodes of different universes, and enjoy the celebrations with your beloved shikigami!
Dear onmyoji, join in the fun in Heian-kyo, fill your Package with generous rewards as you explore the infinite possibilities!


— Beautiful Shikigami with original voice cast to replicate the Heian world with perfection.
Onmyoji Arena retains the elegant Japanese aesthetics from Onmyoji as well as its stellar Japanese voice cast to give players a more authentic gaming experience. Gorgeous 3D models. Awesome Shikigami ultimates. What are you waiting for? Summon your favorite Shikigami into battle now!


— A fair game with no amulets required. Prove your strategic prowess on the battlefield now!
Onmyoji Arena does away with the amulet system, and all players can now create their own combinations of Onmyoji's abilities (Onmyodo) for free. Based on their strategy, players can freely mix and match the abilities in Onmyoji, adding another variable to the game. Moreover, there is no paid system that affects combat stats. Now all is truly fair in battle and lore!


— Balance of power. Tons of skills. Battle to your heart's content!
Onmyoji Arena carefully evens out the distribution of power in the game, so that each Shikigami is equally strong yet possesses unique charm. Now there's a useful role for everyone. Shikigami have 4 abilities and 2 general spells, allowing for more combinations of abilities and tactics. Unique ability sets bring about greater possibilities. Innovative map designs and the Fog of War system make strategy even more critical, so that players can fully experience this new mobile MOBA. At the same time, the game is revolutionary in that it connects top players from all over the world to test their might.


— Innovative Battle Royale for a three-party showdown
The first ever 3v3v3 battle mode, Battle Royale, incorporates new features like multi-team battles, competition for resources, and fast-paced combat. Players are divided into 3 teams of 3 for an exciting new multi-team experience! In the Battle Royale mode, players will spawn from three locations on the map with the combat zone located in the center. The first team to seal 30 Shikigami shall reign supreme!

Need help? Use our Onmyoji Arena Walkthrough page or sign up and make your contribution today.

Onmyoji Arena is a free-to-play, strategy and action game developed by NetEase Games, and is available for download on both iOS and Android devices. The app is compatible with iOS 10.0 or later on the following devices: iPhone 11 Pro, X, Xs, SE, iPhone 8, 7, 6, iPad Pro and iPad Mini.

Click the button or scan the QR code below to download the latest version of Onmyoji Arena on iOS. 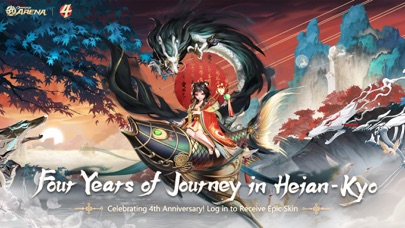 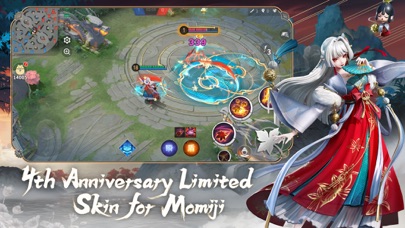 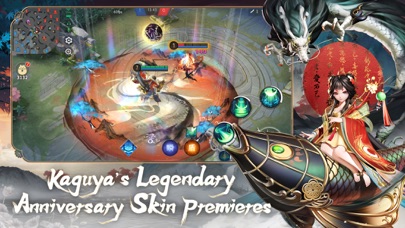 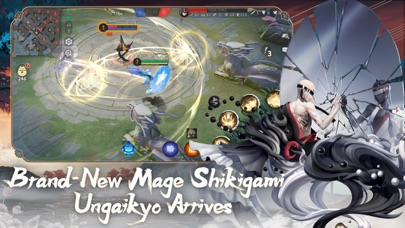 Review: ❤️❤️ The character are very beautiful and their skill too I like this game

Review: Controller support I have a backbone one for iOS and this game doesn’t seem to connect with it. Please fix.

Review: Rank It take too long I wait like 20min is not rea -.- 2 star graphic was good and other than wait time is too long

Review: Feedback The interaction with the characters are literally mute. Overall the game is very good .

By totally not god