War is on peak!US army is highly alerted. Terrorists have attacked on submarine, and now trying to invade land and air. You have to play a vigilant role as an army transport driver and transport weapons, machines and soldier force to submarine so that they can fight with enemy in sea level. Navy army is highly alerted too to give the horrible lesson to enemy. This army transport game has many vehicles jeeps, trucks, helicopters and army submarine as army cargo ship. Being in the US army you will explore different driving missions as a transporter to transport various kind of stuff at the war place that is military submarine.
Thrilling Army transport missions!
Be a sharp and talented US army transport driver to accomplish all the thrilling missions successfully. This is the most peak danger time in US, you have to perform heavy duty as a real fighter to support the army convoy and navy army, they need such US army transporter and driver at critical times in this army truck driver game 3d. Show your realistic crazy driving skills in this kind of US games to drive a coach towards that is needed at the army check post. You have to perform your duty as a transporter to transport the US army officer to the submarine. The submarine of US army is highly equipped with all be on the 24 hour alert and provide anything needed at the submarine. Be bravo army man and provide anything at any time that you are asked for.
Functionalities submarine, army base area, helicopter, army jeep, cut scene (before start of each level), map, offroad tracks
the latest technology that it even can beat the efficiency of Russian submarine. Fly the helicopter towards the submarine because US army is in need of lot of weapons to attack the enemy on the frontline. Transport the prisoners in your US army jeep to secure the US army prison as an army transport and army convoy in this army thrilling tank driving.
Truck, jeeps, army bus, helicopters and submarine to drive!
The offroad tracks and mountain surroundings of this army thrilling tank driving will let you experience real driving on difficult tracks. Enjoy the real thrill as a great futuristic modern army fighter to handle the enemy attacks and critical situations. Drive along the crazy mountains and offroad tracks to perform your heavy duty as a real US transporter. Be a great navy army fighter and perform your transporting duty well in this army truck driver game 3d. You might have played transport army games but this sea level kind of game provides you an efficient submarine like a real crazy army navy fighter. Become a real US army transporter to transport the real vehicles, trucks, jeeps, tanks and helicopters to submarine. Drive the submarine to park it at the secure place in this kind of underwater games. This thrilling and unique concept of driving in the deep sea level will blow your mind and increase your urge to play more navy army and transporters missions.
Download to enjoy the driving missions and underwater missions!
Transport the army aircraft like a helicopter that is need to be parked at the submarine to secure the air in any critical situations. The danger and tough times will test your US army training skills that will be helpful for you in this criminal transport. Help your fellow US army men and police trainers when they get injured in any hazard, transport them in your super jeep towards army check post for medical assistance. The land, airports, army check posts and army navy nothing is safe. The ultimate challenge is to accomplish the US army transport missions in given limited time. The underwater games are always been loved by users but this army cargo ship has real transporter and driving missions.
*Key features*
Wide variety of vehicles to drive
Helicopter flying, submarine driving, jeeps and trucks
Realistic and smooth driving controls
Thrilling driving adventures on offroad tracks
Best army transport game and missions in underwater

Need help? Use our Military Submarine Transporter Walkthrough page or sign up and make your contribution today.

Military Submarine Transporter is a free-to-play, action and simulation game developed by Seher Anwar, and is available for download on both iOS and Android devices. The app is compatible with iOS 7.0 or later on the following devices: iPhone 11 Pro, X, Xs, SE, iPhone 8, 7, 6, iPad Pro and iPad Mini. 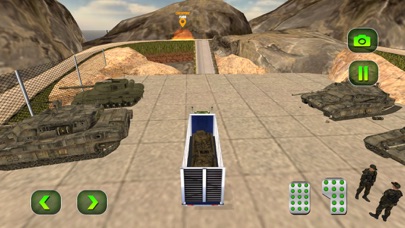 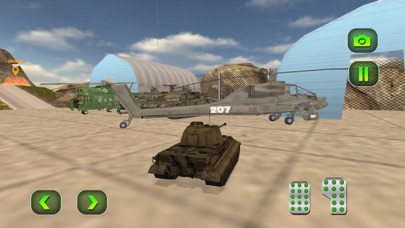 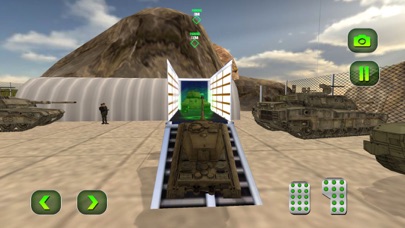 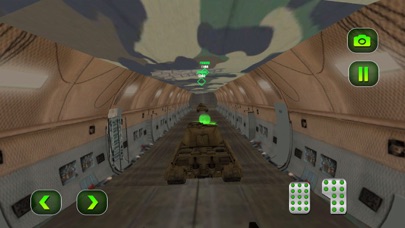 Review: Please fix level 5 Good game is just level 5 is keep exiting it out I thought it was just the storage but it doesn’...