Boat Master is a boat navigation and berthing (parking) simulation game where players have to berth different boats in varying conditions. It is designed to replicate the controls and conditions of berthing and navigating a real boat in a marina and coastal channels (rivers and bays) as closely as possible.
Current Features

- Drive and berth a motorboat or superyacht (see screenshots) with 2 engines and bow and stern thrusters, using either berthing controls which allow access to all thrusters and easy individual engine control or driving mode which provides a steering wheel and individual or simultaneous control of both engines.

- Drive a yacht with a single engine and steering wheel, along with bow thrusters in easier levels.

- Drive a speedboat with a single engine & steering wheel as well as realistic tilting when turning at speed.

- Drive a dual engine control Euro Cruiser with a steering wheel but no thrusters.

- Drive any boat through a channel in various conditions where you need to obey navigation markers and signs as well as avoid AI-Controlled boats going in the opposite direction. At the end of the navigation level, you then need to berth the boat in a small marina.

- Berth the boat as quickly as you can without damaging it with the built-in time-based scoring system, as well as a 3-star scoring system, which gives you a rating based on your performance. If you don't obey navigation rules, crash, or are too slow, you won't get the 3 stars for the level (specific rules for getting ratings are outlined at the start of each level on the start screen).

- multiple camera modes, including views from both sides, the front, back and the top of the boat as well as a camera mode which looks at the target berth from anywhere on the map while keeping the boat in view.

- Console and PC level graphics with modern post-processing effects like Bloom, Ambient Occlusion and Filmic Colour Grading (turn on in settings). You can also improve the performance of the game by reducing reflection resolution, increasing the FPS target, and more. A new battery saver mode and the new balanced mode will automatically determine the best settings for your device.

- Try the first level of each of the paid boats after watching an ad.

DISCLAIMER: This app is not a substitute for real life boat berthing or driving training, some boats that are not the motorboat (like the superyacht and yacht) are paid (they are behind an in-app purchase that costs real money to unlock).

MINIMUM HARDWARE:
iPhone 6 / 6S. The iPhone 5S really struggles to run this game currently, as does the original iPad Air.

RECOMMENDED HARDWARE:
iPhone 6S / 7 / iPad Air 2 or above.
When playing on these devices or above it is recommended to turn on Colour Grading and Vignette in settings for a better graphical experience, though if you choose the 'balanced' graphics setting this should happen automatically in version 1.4.1 or above.

Turning on post-processing features in settings will reduce the performance of the app, with Bloom and Ambient Occlusion being the most demanding.

Want to get information about upcoming updates to Boat Master and gain early access to them? looking for more progress content such as gameplay videos, progress updates and screenshots? Follow us on Facebook for all of this inside info, access and more!

Need help? Use our Boat Master Walkthrough page or sign up and make your contribution today.

This update makes a number of improvements to Boat Master, improving performance and fixing many bugs and glitches. Changes and features include: - New localisation system - Boat Master has now been fully translated into French, Spanish, Portuguese and Italian - Significant improvements to performance in the navigation levels - tuned some superyacht level difficulties - fixed many minor bugs and graphical glitches. - fixed an issue in the previous release where the tutorial level boat control wasn't working as expected

Boat Master is a free-to-play simulation game developed by Tommy Vaux, and is available for download on both iOS and Android devices. The app is compatible with iOS 10.0 or later on the following devices: iPhone 11 Pro, X, Xs, SE, iPhone 8, 7, 6, iPad Pro and iPad Mini. 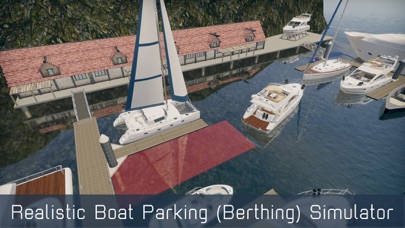 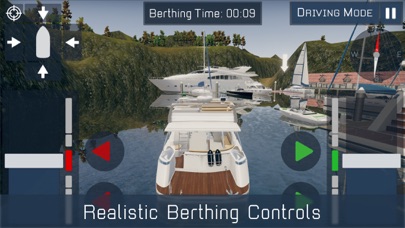 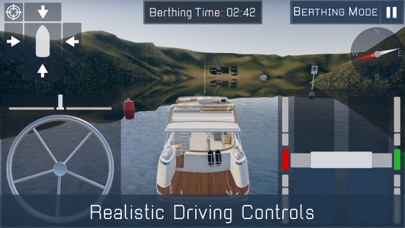 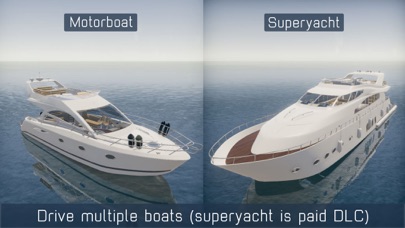 Review: Decent game had problem with game heating up my phone i deleted game and redownloaded and now the phone doesnt have this...

Review: Crash The app is crashing when selecting any other boat than motorboat. Other than that I love the controls . I wish...

Review: simple, helpful i’m really happy with this little game- it could do with more customizable weather conditions and marina parking scenarios,...

Review: Could be great The bow thrusters disappear when you are trying to dock. Not a great way to complete the task.

Review: Nearly perfect What would make this perfect in my book would be if they put you on the boat. I’m not...