Grow, conquer, and claim the Throne! Write YOUR heroic epic as an Orc, Elf, Undead, or Human in this new evolution of fantasy and RTS.
Lead your Heroes with savage might or dazzling magic. Kit them out with upgradeable spells, troops, and gear. Ally with players around the world for endless territory wars, throne battles, exploration, and expansion in your own never-ending story.

BUILD YOUR WORLD
- Choose Human, Elf, Orc, or Undead: Each race has its own strategies and stunning 3D castle!
- Upgrade dozens of unique buildings, research projects, and new mystic Spells.
- Fight and chat with alliances of real-world players! Design your banner, declare your creed, and build your empire together.

RECRUIT
- Collect crazy powerful Heroes from EVERY background! From Joan, the righteous Human rebel, to Bloody Mary, the bloodthirsty Undead queen.
- Customize your army with 50+ troops, from common infantry to legendary dragons. Switch up your formation and upgrade Hero, Troops, Gear, and Spells completely separately!

STAKE YOUR CLAIM
- Race to take new lands before your enemies! Control resources to control the realm.
- Change the world! Your opponents are REAL players with wile and ambition. Launch massive group attacks, defend allies in real-time, negotiate treaties, or stab them in the back.

Need help? Use our Titan Throne Walkthrough page or sign up and make your contribution today.

- Battles that occur at a Lord’s Castle on the World Map will use Crown War mode and will continue to reduce losses for the attacker and defender. - Added Dark Gold ranks to Hero Enhancement with the highest being Dark Gold 4. Dark Gold 1 rank offers 2 optional Gift Points. Dark Gold 2, Dark Gold 3, and Dark Gold 4 ranks offer 1 optional Gift Point. - Improved the Battle Power provided by Gear, Jewels, and Technology, and accordingly more accurate reaction of the troops’ battle abilities. - Adjusted the hero special features for Mages and Barbarian in Melee Mode. Energy recovery is faster, but Mage Damage is reduced. - Remade the set effect of the orange gear Destiny. The effect has been increased overall. - Adjusted the special feature Sacred Destroyer of hero Nobunaga. Now the provided additional True Damage has been increased. - Adjusted the special feature Shadow King of hero Sargon. Removed the hero effect to enhance Damage to a target with negative morale and has changed to the effect of hero steals Attack and Critical Hit damage bonus after hitting a target with negative morale. - Adjusted the level growth for the hero Sargon. Strength growth has changed to the growth of Luck and Morale. See the reference picture for specific adjustments. - Adjusted the special feature Earth Heart of hero Nzinga. Increased the Damage of Earth Spells. The original effect of “after use Earth Spells for allies” before was “to increase Luck and Morale” has changed “to increase Magic Defense”. See the reference picture for specific adjustments. - Adjusted the troop Behemoth. The skill Trample range has slightly expanded and the 16-star special feature Trample 6 has been adjusted to Unyielding 5. - Fixed some of the in-game UI display errors. - Fixed some of the in-game text display errors.

Titan Throne is a free-to-play, simulation and strategy game developed by CamelGames INC, and is available for download on both iOS and Android devices. The app is compatible with iOS 8.0 or later on the following devices: iPhone 11 Pro, X, Xs, SE, iPhone 8, 7, 6, iPad Pro and iPad Mini. 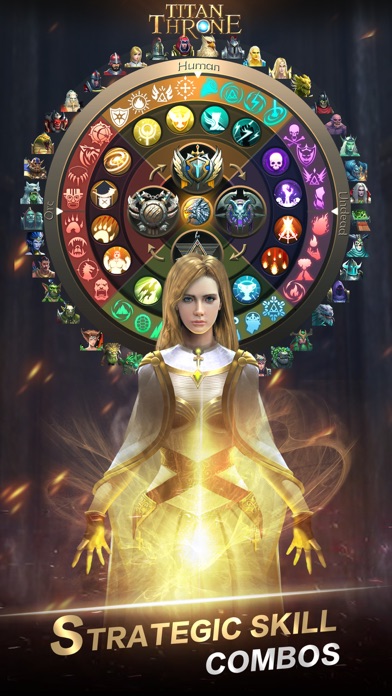 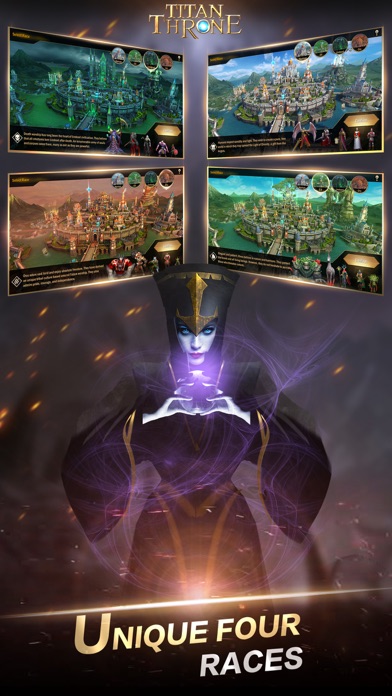 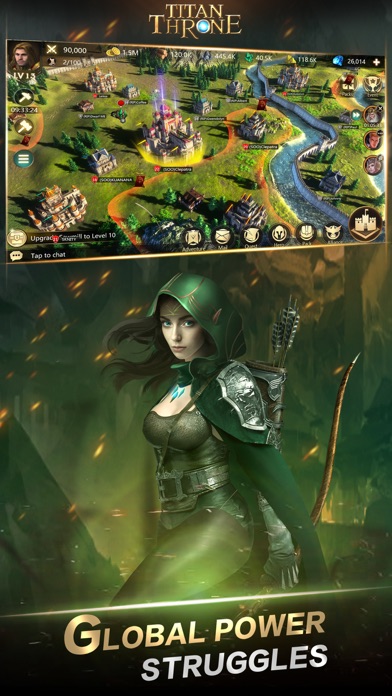 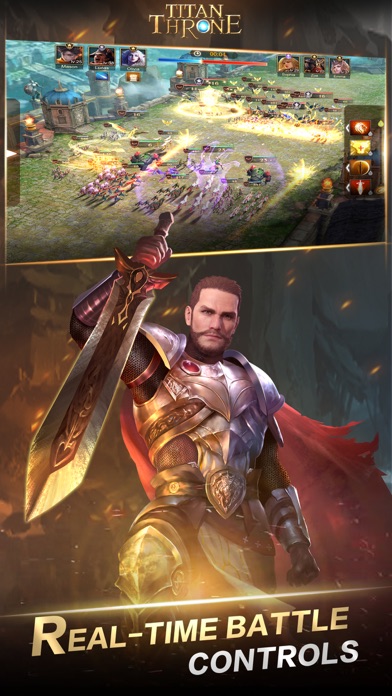 Review: Titan Throne Wow!!! This game probably out beats any game I have played, this game is easy to play it doesn’t...

Review: Matchmaking battles are broken buggy Not a lot of fair battles. Constantly fighting people I have zero chance of beating or defending against. Arena battles...

Review: 'Bloody Mary is the one I love but she died' 'She died getting beat up by FORTNITE players so thanks for making Bloody Mary my queen again'