Play cards! Kill monsters! Level Up!
Dream Quest is a roguelike deckbuilding game inspired by the likes of Ascension, Magic: the Gathering, and Shandalar. Explore randomly generated levels as one of 13 classes in short, 30 minute, sessions. One floor might find your wizard in the crypt, another your warrior underwater, and a third, your assassin stalking a volcanic wasteland. As you progress, your characters earn achievements, each making your future runs a little easier or more interesting.

Combat is a card game. Your abilities are a deck of cards that you develop as you gain power. For example, a thief starts with a handful of Slice cards and a Backstab, but can learn defensive moves like Dodge or powerful finishing moves like Coup de Grace. Carefully choosing which cards to add to your deck is the heart of the game: wise choices will find you slicing through monsters while poor ones will leave you tripping over your own two feet.

Features:
•14 different classes, with wildly different play styles
•Over 300 cards, ranging from the defensive Kick and Armor to the devastating Meteor and Curse of Doom
•More than 70 monsters carefully catalogued in the Bestiary as you encounter them
•Infinite replayability – easily 50 hours to see the majority of the content
•No In App Purchases – the price of the game is the price of the game. Everything is unlocked only by playing.

Reviews of Version 1.0 have been fantastic! Examples include:

"This game is really one of a kind. The mix between rogue-like and cards is really well done...Kudos to the dev for such an innovative and challenging game"
-Mike32, TouchArcade

"If you can get past the simplistic graphics, you're looking at a very interesting, strategic game. I've already lost a few hours to it - the kind of hours where you wonder where the time went. Outstanding game!"
-Citronaut

Need help? Use our Dream Quest Walkthrough page or sign up and make your contribution today.

Dream Quest is a card game developed by Peter M Whalen, and is available for download on both iOS and Android devices. The app is compatible with iOS 8.0 or later on the following devices: iPhone 11 Pro, X, Xs, SE, iPhone 8, 7, 6, iPad Pro and iPad Mini. 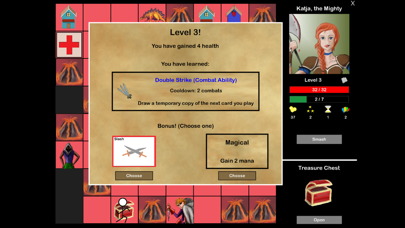 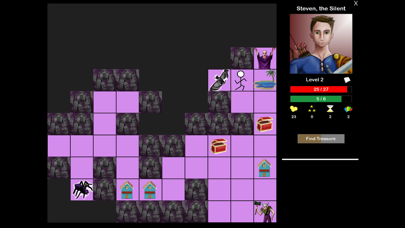 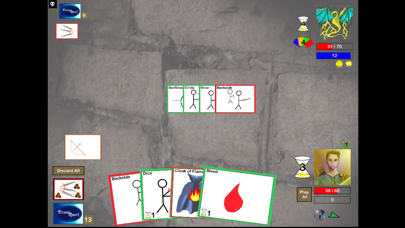 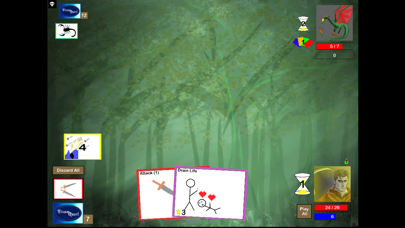 Review: Surprisingly Very Fun! I was skeptical at first but decided to give it a try. Glad I did! One of my favorite purchases...

Review: So good People see the graphics and move on but this game is frickin awesome. If you like rogue-like deck builders, this...

Review: Playing for years and I cannot stop I laugh every time I see the graphics, but I have been playing this game for years with no updates...

Review: '2 years for every class to beat lord' 'I played this game for about 2 years. Some people would argue the game is unbalanced. It is true. Some classes...

Review: 'Don’t let the graphics fool you' 'This game is top tier!\n\nTons of depth and replay ability. Worth every penny, a must buy if you...