Take complete control of an epic medieval fantasy empire and defend it at all costs in the tower defense ultimate challenge, Caravan War.
Build your empire to unlock the strongest hero with the most epic skills. The kingdom‘s long lasting harmony and peace rely on your leadership, Commander!

Key Features
● Take control of an epic empire and defend it at all costs!
● Set up mass tower defenses to strike down all foes that infiltrate your empire.
● Build and lead a powerful army and launch colossal raids to overthrow enemies.
● Trade a variety of resources with a well-equipped caravan.
● Battle with others via online PvP or take on a solo campaign.

▶ TAKE CONTROL OF AN EPIC EMPIRE
Collect a variety of resources to build and expand your kingdom by establishing friendly caravan trades or launch colossal raids to seize all kinds of goods from other caravans.

▶ AMBUSH FOR GOLD
Plan the perfect strategy of setting up an ambush with both defense towers and your set of minions. Know the strengths and weaknesses of your army through their attributes to utilize the best formation for the most rewards.

▶ TRADE WITH WELL-EQUIPPED CARAVAN
Keep both eyes open on the journey as Silk Road is a very dangerous place to travel! Your caravan never hesitate to go on trade missions despite harmful threats. However, it depends on you to equip them right to protect our fearless troops against sudden attack on the trail.

▶ DEFENSE YOUR KINGDOM
Test your reflexes skill against millions talented commanders from all around the globe. In order to have yourself proven as the Ultimate Defender, keep practicing your troops intensely and make sure they stay healed after battles.

▶ WAR FOR GLORY
Join Clans and battle with others worldwide via online PvP or fight solo in an offline campaign mode. Can achieve the greatest glory for your empire and the allied kingdoms?

Caravan War is free to download and play, however, some game items can also be purchased for real money. If you don't want to use this feature, please disable in-app purchases in your device's settings. Also, under our Terms of Service and Privacy Policy, you must be at least 13 years of age to play or download Caravan War.

A network connection is also required.

Need help? Use our Caravan War Walkthrough page or sign up and make your contribution today.

Caravan War is a free-to-play, simulation and strategy game developed by Hiker Games Joint Stock Company, and is available for download on both iOS and Android devices. The app is compatible with iOS 9.1 or later on the following devices: iPhone 11 Pro, X, Xs, SE, iPhone 8, 7, 6, iPad Pro and iPad Mini. 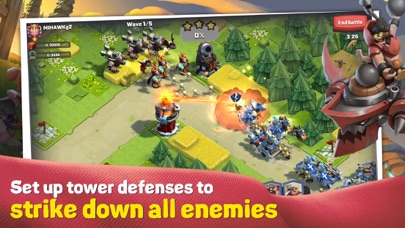 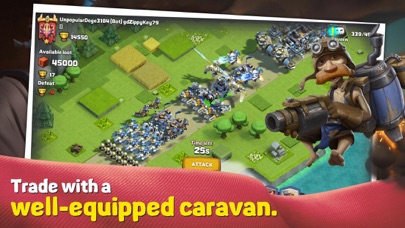 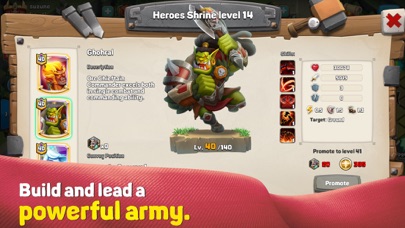 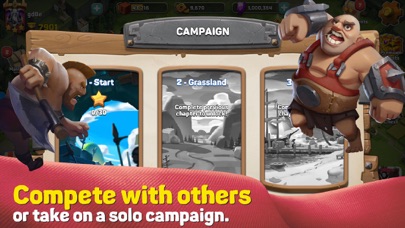 Review: 'Great Game but...' 'There were some instances where the frame rate would drop to like 3 per second and i

Review: 'Great Game but...' 'There were some instances where the frame rate would drop to like 3 per second and i

Review: 'Great Game but...' 'There were some instances where the frame rate would drop to like 3 per second and i’d have to close...

Review: 'Great, interesting game!' 'Took me awhile to fall in love with this game and just as long to figure out what the heck...

Review: 'Unbiased Review' 'I’ve been playing 2 months now, I waited to review this game because I wanted to be fair. This is...