* Pilot three versions of the military aircraft: tactical cargo, coastguard, and special operations.
* Pilot the two regional airliners, plus an airborne early warning military variant.
* Pilot the Tilt-Wing VTOL aircraft (both in plane mode and in vertical, helicopter-like mode).
* Learn to fly with training missions (teaching the basics of flying, taxiing, takeoff and landing).
* Complete various missions.
* Explore the plane's interior in first-person (in most levels, and free-flight).
* Interact with various items (doors, cargo ramp, strobes, main lights).
* Drive ground vehicles.
* Load, unload, and airdrop supplies and vehicles with the cargo planes.
* Takeoff and land on improvised runways (and airports, for sure).
* Fly without restrictions in freeflight mode, or create flight routes on the map.
* Perform refueling on ground and mid-air refueling.
* Fly in varied time-of-day, fog and wind conditions.

Need help? Use our Turboprop Flight Simulator Walkthrough page or sign up and make your contribution today.

* New feature "REFUELABLE IN FLIGHT" can be unlocked in "FREE-FLIGHT" mode for the following aircraft: C-400, HC-500, MC-400, E-42, and XV-40. * Added a fixed refueling probe for the E-42, and a retractable one for the XV-40 (available when the "REFUELABLE IN FLIGHT" features are unlocked and enabled for these aircraft). * Added a formation flight mode for the auto-brakes (it's used during in-flight refueling). * Bug fixes.

Turboprop Flight Simulator is a free-to-play, simulation and action game developed by Alexandru Petre, and is available for download on both iOS and Android devices. The app is compatible with iOS 8.0 or later on the following devices: iPhone 11 Pro, X, Xs, SE, iPhone 8, 7, 6, iPad Pro and iPad Mini. 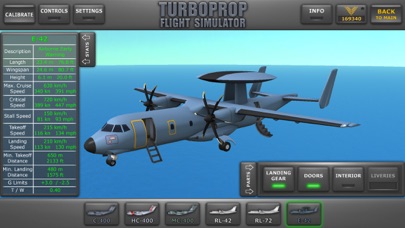 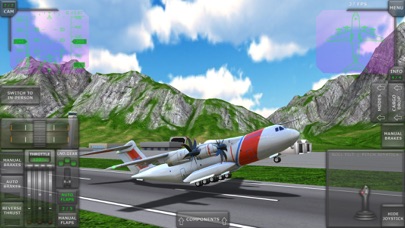 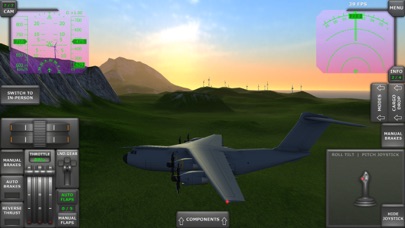 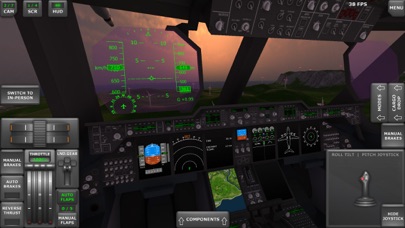 Review: 'I love it' 'One of the best plane sims I have ever played keep up the good work'

Review: 'Plz update' 'Plz update soon I really want to ulonk the rcests also add helicopters and maby one aplane that the not...

Review: 'Some stuff' 'Games really good but can u add like enemys'