You probably already played the CAT EVOLUTION, DRAGONS EVOLUTION, BIRDS EVOLUTION, UNICORNS and many others! But what about ANGRY SHARKS? Have you seen SHARKS? And spiked SHARKS? What about SHARK robots? No? It's time to see it! It's crazy!
You have an incredible task - to follow the evolution of ordinary sharks and develop your own kind of new, more powerful and improved sharks. You ask - where is the logic? Everything is simple and explained by science, but we will not go into deep details, just play and enjoy the gameplay and great graphics! :)

HOW TO PLAY
-Click on the shark and drag it to another, the same shark , to create a new mysterious creature
-No need for a long wait boxes: use sharks caviar coins to buy new creatures and make even more money
-If you feed the shark with a food, you will get an interesting effect
-Alternatively, fiercely tap shark to make coins caviar
-Runestones can be obtained by sacrificing the last shark-queen sacrifice by typing 3 of its charge
-For runestones, you can buy unique runes
-Open new plannet for main scrap and bitcoin (BitCrystal)

HIGHLIGHTS
-Different stages and many species of sharks to discover
-Interesting improvement, allowing faster and better development in the game
-Unexpected mixture of alpaca-like evolution, 2048, stage-by-stage clicker and incremental clicker games
-Runes of the dark queen giving an advantage in the gameplay
-Incredibly beautiful HD graphics
-No sharks were harmed in the making of this game, only developers

Need help? Use our Angry Shark Evolution Clicker Walkthrough page or sign up and make your contribution today.

Angry Shark Evolution Clicker is a free-to-play adventure game developed by Semyon Popov, and is available for download on both iOS and Android devices. The app is compatible with iOS 8.0 or later on the following devices: iPhone 11 Pro, X, Xs, SE, iPhone 8, 7, 6, iPad Pro and iPad Mini. 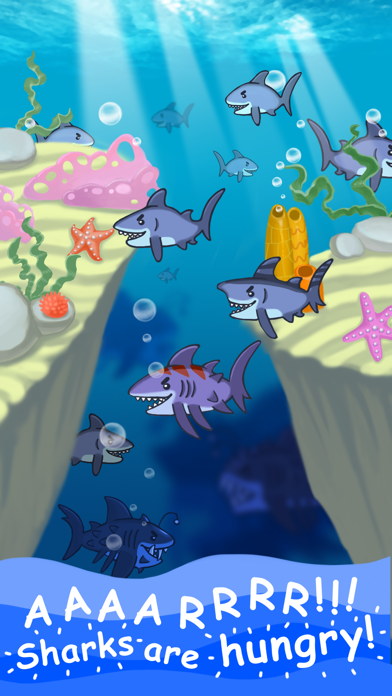 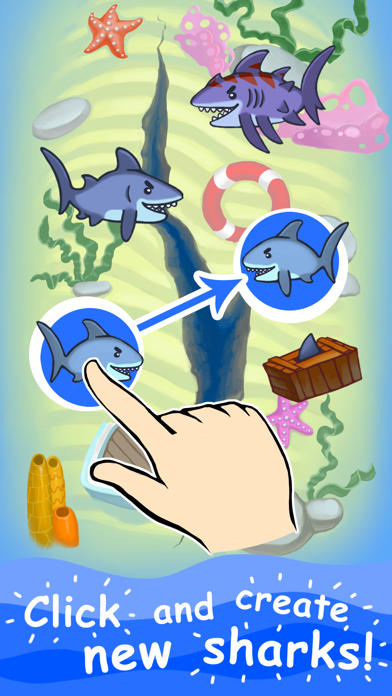 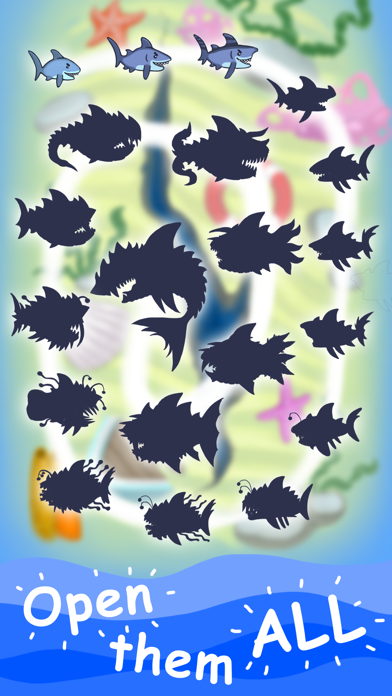 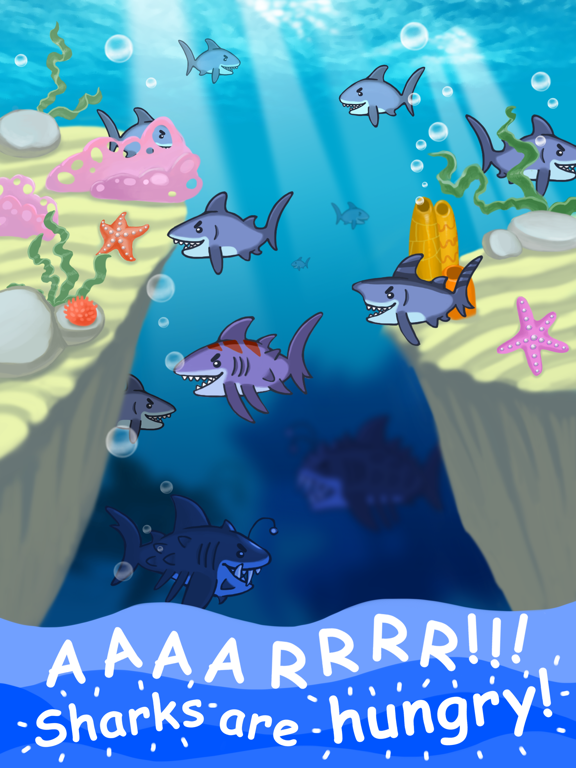 Review: 'Great game!' 'I love this game! The sharks are so cool and the whole idea of the runes is a great way...

Review: 'A update' 'I like this game but they need a bigger shark so more people will play it like a heliopcron or...