The Lokator Bullpen is designed to be used with the physical Lokator Pitching Target on sale at LokatorAcademy.com. It features 20 different bullpen sessions. Each bullpen sequence consists of 20 pitches. All are named according to the goals of the sequence and ranked by difficulty from easiest to hardest. Each session teaches and documents pitch command, selection, and sequencing.
Each bullpen features different methods and strategies of how to get hitters out. They were all practiced and executed in games to advance Steve Stemle, the inventor of the Lokator Target and System, to the Major Leagues. They were also crucial tools he used when teaching young pitchers the chess match between the hitter and pitcher while coaching and working at various academies.

In the Bullpen App Blog at www.lokatorpitchingacademy.com he gives descriptions of exactly what pitchers are trying to accomplish during each bullpen and the reasoning behind the method so parents and coaches can relay information to each pitcher while throwing the bullpen.

Once a pitcher creates a profile and selects a bullpen to throw it's time to play ball. The target screen will display the pitch number in the sequence, what Lokations to aim at, and which pitch to throw. Below this information a Lokator Target will have targeted zones highlighted making visualization and communication easy for the scorekeeper.

When the pitch is thrown at the designated Lokation a teammate, coach, parent, (scorekeeper) will touch the target on the screen where the ball actually hit.  The App will show a check if the Lokation is hit or an X if it is not. This is where the retries function comes into play.

Pitchers have the option to choose between 1 and 4 retries for missed targets on the bullpen selection screen. If pitchers choose the 0 retry option, then bullpens will always be 20 pitches. If they were to choose 4 retries, then it's possible that the bullpen could be 80 pitches long if no Lokations were hit. This feature enables pitchers to make adjustments from pitch to pitch, throw longer bullpens, and get rewarded for hitting Lokations early and often when competing for a high ranking by Lokator Score.

In addition to the retry feature on the bullpen selection screen there is also a distance option to select how far each pitcher is from the target. This comes in handy for pitchers who throw at different distances or if pitchers are not throwing from full distance so everybody is on the same playing field.

When the bullpen has been completed, statistics in four categories are automatically stored in the App database. Two of the categories use the Lokator Score to judge effectiveness and rank each pitcher according to targets hit and the number of pitches it took to hit each target. The remaining two reports are Accuracy Reports. The first one gives a percentage of total targets hit for each individual bullpen and the other gives percentages of hits for each individual target of the Lokator design.

After the Bullpen is over and the reports have been generated, check to see how well you did with Lokator Scores and Accuracy Reports. Look at how you are matching up against other pitchers on the team or friends in the neighborhood with report rankings.  Then use the email function to report statistics to anyone right from the Report Screen.

The Lokator Bullpen will guide pitchers through all Lokations with every pitch in a way that doesn't favor just the pitcher's strengths. When pitchers enter the Lokator Bullpen they get the most well rounded bullpen session possible and we know from experience that this is the best way to improve.

Lokator Bullpen is an application developed by THE LOKATOR PITCHING ACADEMY LLC and released on iOS. The app is compatible with iOS 9.0 or later on the following devices: iPhone 11 Pro, X, Xs, SE, iPhone 8, 7, 6, iPad Pro and iPad Mini. 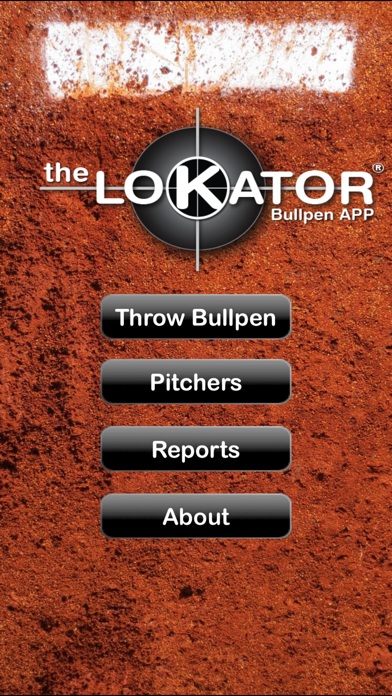 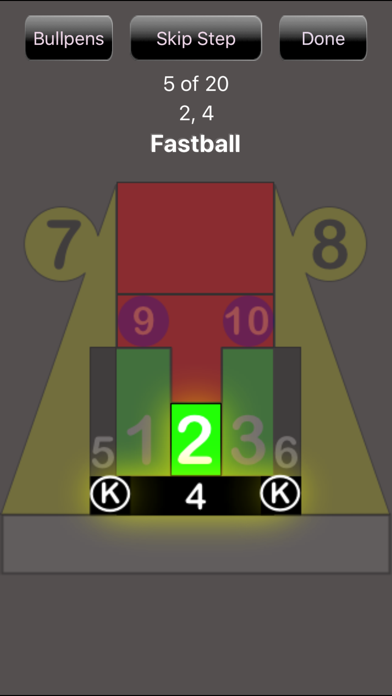 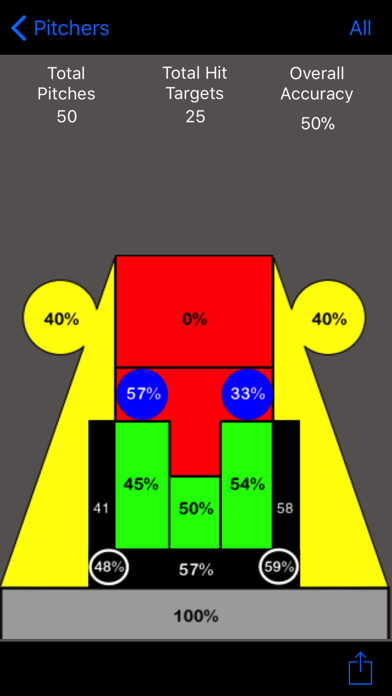 Review: 'Coach' 'This app is great for improving mechanics, showing pitch placement and teaching the importance of accuracy.'

Review: 'All Good' 'The LoKator is a great for ALL levels. I highly recommend it for pitchers looking for that extra edge over...

Review: 'Great Tool' 'App is great addition. I think Steve is onto something with Lokator system.'

Review: 'Amazing!' 'This is an amazing App! It gives the user hard data of the pitchers strengths and weaknesses, one of the...