Rogue Buddies 2 features our 4 mercenaries; Maximus (assault and grenade specialist), Smoke (heavy gunner and rocket launcher), Alpha Tech (shield and drones) and Duster (jumping ninja and katana) on a new quest for gold and revenge against the evil Company. The game is a 2D action platformer shooter, reminiscent of the classic platform games of the past. The game features tons of levels, filled with puzzles and enemies to eliminate.

Not only will the buddies face danger in an infested jungle, they will also visit lost cities, epic tunnels and the center of the earth. You will cross ruins, swim in the depths of caverns and scale the gold carved mountains of the Aztec jungle.

The 4 Buddies are on a quest for gold but they will be soon interrupted by their former evil corporate bosses and also a savage intruder. Maximus and his team will be caught off-guard and trapped by the natives. Your quest is to save your crew, gather as much gold and take revenge on the evil Company.

Regular henchmens, heavy gunners, blockers (that prevent you from accessing certain areas), the natives (that are quick and hard to kill) and of course the 4 Company Bosses.

There are over 50 levels (main and side-objectives). Each level can be completed with a level of stars, which are needed to unlock certain areas on the map. In each level you will be confronted with puzzles, requiring each of the character's special skills, swapping back and forth between your buddies.

In the game there will be 3 types of vehicles (Bike, Chopper, Skiboat), that will require the player to find the key in that level. In some levels, the vehicle is necessary to complete the stage, whereas in other levels it is optional.

Need help? Use our Rogue Buddies 2 Walkthrough page or sign up and make your contribution today.

Rogue Buddies 2 - Action Time! is a free-to-play action game developed by Y8, and is available for download on both iOS and Android devices. The app is compatible with iOS 8.0 or later on the following devices: iPhone 11 Pro, X, Xs, SE, iPhone 8, 7, 6, iPad Pro and iPad Mini. 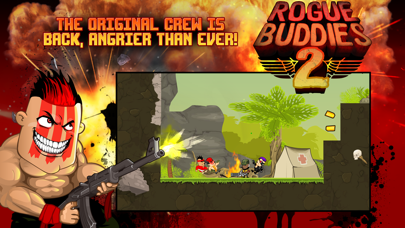 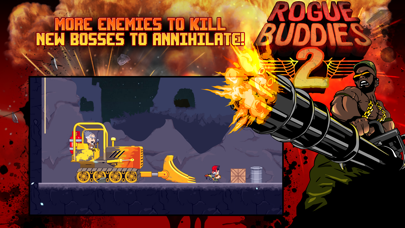 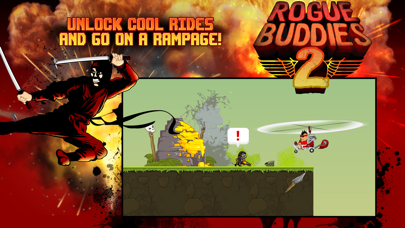 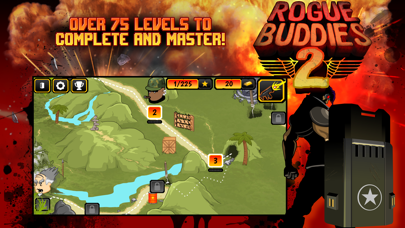 Review: 'Fun Little Platformer!' 'Fun, Yes. Good graphics & animations, Yes. Controls, No.\n\nI would play the hell out of this game but the...