Command an army of heroes to battle against titans, dragons and more in Endless Frontier!
Endless Frontier is the best in idle role playing games. Command your army of knights in a free and casual gaming experience, where you can advance and battle even when offline.

Tap through the stages and build your units from over a hundred available characters. Endless battles put your strategy to the test, or you can sit back and watch your heroes fight through thousands of stages!

Take the battle online with tactical PvP multiplayer games, collect hundreds of relics and ancient artifacts along the way and level up with no limitations in this thrilling free role playing game!

Idle Gameplay!
- Level up automatically, even when offline
- New concept of leave-alone games: offline hikes!
- Continue hiking up the stages, even if you’re out of battery!

Brilliant Combat of 12 Unique Units!
- Auto combat lets you sit back and enjoy the battle!
- See the amazing special skills of your units!
- Experience the fun and extravagant combat that will make you focus on the game!

Easy Economy System
- No tutorial required!
- Easy quests that are fun to click on!
- Earn gold and automatically level up your units!

Revival System
- Are the enemies too strong, making it difficult to pass the stage?
- Get reborn to increase your strength
- Use [Revive] to earn or strengthen more powerful units!

Over 100 Characters!
- Get your own unique and powerful units from Humans, Elves, Undead, and Orcs!
- Level up! Enhance! Evolve! Transcend! Unlock the necessary skills and abilities to strengthen your units however you want!

PvP User Battles
- Participate in fierce four-day league battles in the Battle Arena!
- The final winner of the league is recorded on the Hall of Honor!

Exiting Hiking Race
- Fight in daily ranking battles!
- Race to the highest stage in a 24-hour period!
- You can earn useful rewards based on your rank.

Pet System
- Clear the Spirit Highland to get one of over 50 powerful but cute pets!
- Train, evolve and awaken your pet!
- Awaken your hero’s pet to get your ultimate skill!

Tower of Trial
- Rise through the tower in the deck building game!
- Enjoy developing tactics by mixing up your units!
- Clear stages by utilizing the different strengths of races and units!

Hundreds of Rare Relics
- Use the artifact materials you earn in dungeons to get powerful and rare artifacts!
- Unleash powerful set effects by obtaining different artifacts with the same name!

Unlock Treasure Chests
- Users who don’t leave the game alone, but concentrate on the game can receive special gifts!
- Click on the treasure chest that appears in stages to earn various resources!

Unleash Magic Skills of the Knightage
- Attack enemies with powerful magic spells!
- The devil’s skills draw upon the power of lightning, rain and earth!
- Choose massive and powerful magic attacks that fill up the entire screen!

Enter the endless frontier and gather your heroes! Download now!

Find out more information at https://www.facebook.com/endlessfrontierGlobal/

Need help? Use our Endless Frontier Saga 2 Walkthrough page or sign up and make your contribution today.

Endless Frontier Saga 2 - RPG is a free-to-play simulation game developed by ekkorr, and is available for download on both iOS and Android devices. The app is compatible with iOS 9.0 or later on the following devices: iPhone 11 Pro, X, Xs, SE, iPhone 8, 7, 6, iPad Pro and iPad Mini. 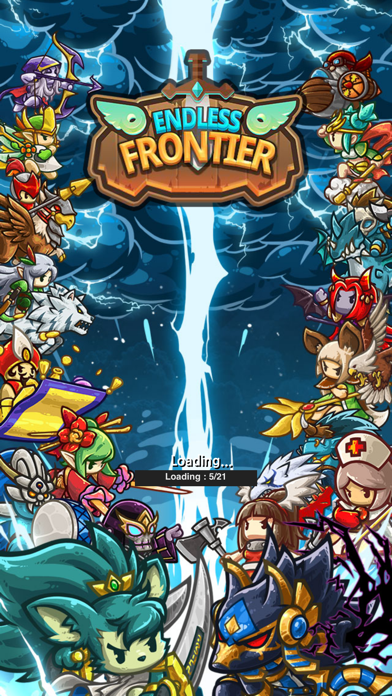 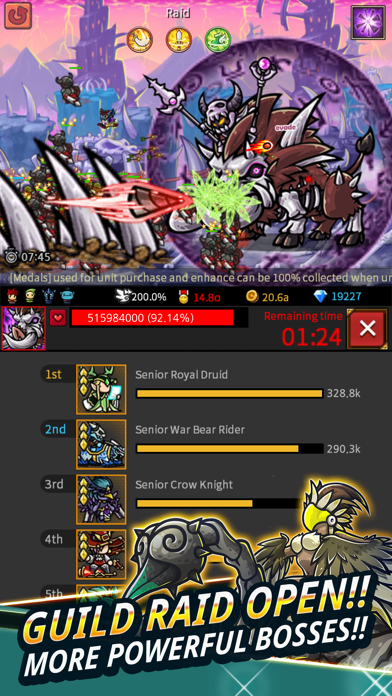 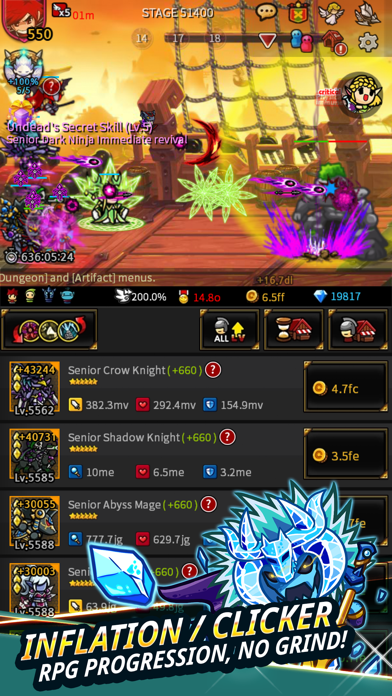 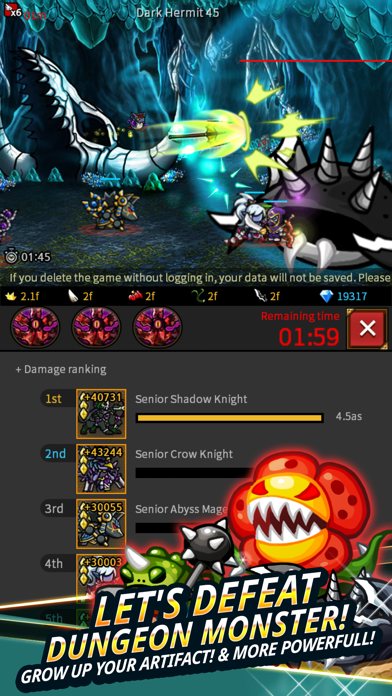 Review: 'The game is great' 'The game is amazing I love everything about it the only thing I don’t like is that in order...

Review: 'Good game but takes too long' 'I love this game very fun and addicting but this takes way to long to get good at it. I...

Review: 'Fun game Airship mode is so miserable' '5/5 but I hate the airship mode so much, and I need the trouble friendliness it offers, so many rounds where...

Review: 'Best game' 'This game is the coolest and most original game of all time'

Review: 'Incredible' 'For an afk game it is incredible I’ve never played a game so unique and fun in my life'