Save the world from cruel zombies’ attacks playing our new amazing Pixel Zombies Gun Combat – game for all the passionate lovers of the zombie plague and post-apocalyptic movies and apps! Hold your breath and be ready to fight with the infinite waves of zombie enemies using fascinating pixel weapon – you absolutely won’t be disappointed!
Reach your destination point fast – it’s the large old mansion hidden in the forest. Oh, no, zombies are here too! Hurry up, barricade into this old abandoned place and don’t let them in! Grab a gun and defend yourself – protect the other survivors and become the best! These creatures are not so fast, so use this ultimate chance to run away!

Defeat all your terrifying rivals one by one and you’ll be able to unlock more powerful weapons to become really fast, dexterous and strong! Don’t let the despair swallow you! With your sure gun, you will be able to defeat all these terrifying creatures! Check this new fascinating Pixel Zombies Gun Combat game and be one of the last zombie plague survivors!

Feel like a real zombie catcher in this amazing plague rampage game for all lovers of monster creatures attacks and other scary horror games! Hide behind the walls, build some barricades and don’t let these pixel beasts in – it’s really important for your survival!

Prepare to defend yourself and all your friends, ‘cause these horrifying creatures have no intellect – just insatiable feeling of hunger in Pixel Zombies Gun Combat game!

Need help? Use our Pixel Zombies Gun Combat Walkthrough page or sign up and make your contribution today.

Pixel Zombies Gun Combat is a free-to-play action game developed by Bogdan Markovsky, and is available for download on both iOS and Android devices. The app is compatible with iOS 8.1 or later on the following devices: iPhone 11 Pro, X, Xs, SE, iPhone 8, 7, 6, iPad Pro and iPad Mini. 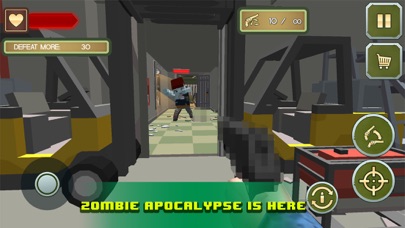 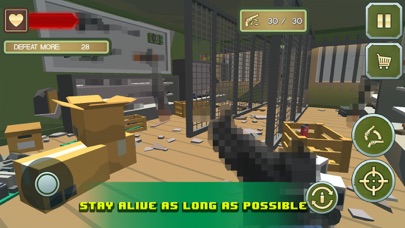 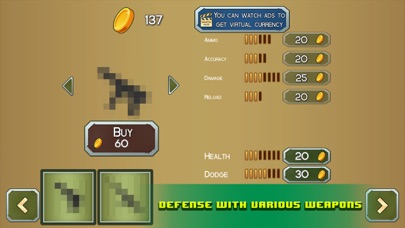 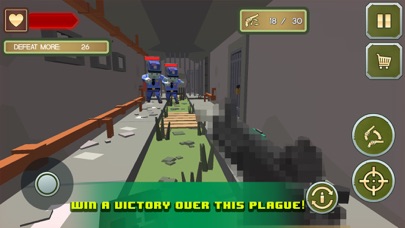