Get ready for the adventure of cars and bike racing game in death well. The idea of developing the game is extracted from carnival shows of daredevil aerobatics where these acrobats show their driving skills for the joy of audience. Well of death game is also known as a wall of death and motordrome. This is one of the best adventurous and deadly games you ever experienced because you have to control your high-speed motorbike or car on the dangerous tracks. You have to move in a 360 direction with a constant speed, minor speed changes result in driver's death. So try to be accurate, not lose your confidence built your skills as a best fearless rider to complete all challenges of well of death racing game. By driving motorbikes in death well you can prove yourself the best death well driver.
Perform stunts on the powerful motorbike and modified cars are the dreams of crazy drivers so this game provides you a platform from where you can get the experience of death well racing. There are no obstacles all you need is to play positive role avoid crashing with other aerobatics cars and motorbikes. The daredevil aerobatics risk there life to earn money but you are a game player who loves to play stunt games, so don't be worry play as the best well driver complete all missions. You really love to play this game because the game includes an outstanding adventure with a lot of multiple missions. You are free to perform stunts but one thing you should be kept in your mind maintain your speed the best as you can to avoid accidents.

Features:
• Realistic well of death racing simulator.
• Show your ultimate driving skills to live in the death well.
• Fly on a wooden track with smooth car handling control.
• A real challenge for risky car driving impossible wooden Tracks.
• Give Accelerator as fast as you can to your powerful motorbike for realistic 360 rotation.
• Fantastic stunt jumps with fast-paced racing experience of stunt zone.
• Increase the power of your deadly car engine with nitro boost Moto.
• Multiple death well challenges and exciting missions.
• Thrilling fun and adventure 3D gameplay.
• Best User Graphical Interface.
We are highly appreciable for your reviews and feedback. We encourage you to leave your reviews that will help us to update our About Well Of Death car and bike racing game according to your suggestions.

Need help? Use our Well Of Death Racing stunts 3D Walkthrough page or sign up and make your contribution today.

Well Of Death Racing stunts 3D is a free-to-play, racing and simulation game developed by Muhammad Qasim, and is available for download on both iOS and Android devices. The app is compatible with iOS 8.0 or later on the following devices: iPhone 11 Pro, X, Xs, SE, iPhone 8, 7, 6, iPad Pro and iPad Mini. 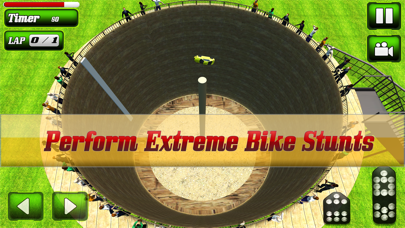 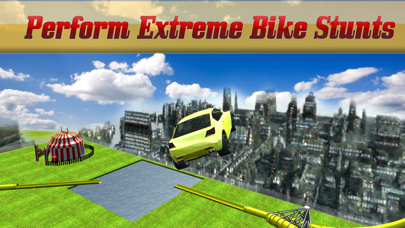 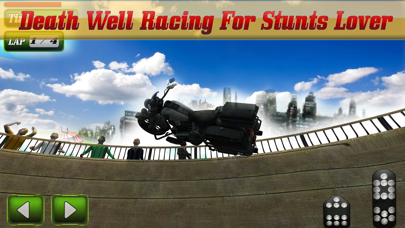 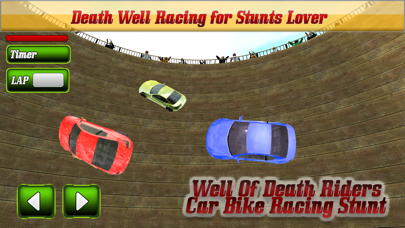