Live as an arctic animal!

Survive the arctic in your newest adventure as a powerful Polar Bear, adorable Seal, or a stealthy Snow Leopard! Choose from TEN PLAYABLE ANIMALS! Hunt down food in the frosty tundra, raise your family, and unlock exciting playable animals as you experience life in a tranquil yet dangerous Arctic!
Download the Ultimate Arctic Simulator today while it's 50% OFF for a very limited time!

TEN PLAYABLE ANIMALS
Choose from your favorite species of arctic animals in a single game! Become a Polar Bear, Seal, Lynx, Penguin, Moose Snow Leopard, Bighorn Sheep, Siberian Husky, Snowy Owl, and a Walrus! Each species has their own families, experience, and levels!

DANGEROUS BOSS BATTLES
Test your skills against SIX new boss battles! A massive mythical ape lurks in the redwoods! A dangerous canine predator with razor sharp teeth awaits his prey in his den!

BUILD YOUR FAMILY
Dominate other animals or bring them a treat to recruit them to your family! Customize and play as any animal in your pack and create a powerful family!

RAISE YOUR BABIES
Breed babies that will grow into powerful members of your family! Care for you babies while they are are young, finding food for them and carrying them in your mouth!

CUSTOMIZE YOUR ANIMAL
Choose your animal’s name, appearance, skills, and attributes to complement your pack members and become a more powerful group!

LEVEL UP YOUR ANIMAL
Gain experience by catching and eating your prey, escaping predators, caring for your family, and completing missions! Level up your animal to increase their health and attack damage, earn points to upgrade your stats, and increase the size of your pack!

UPGRADEABLE BUFFS
Buff Points can be used to upgrade your Hiss and Roar Buffs, which create temporary Stat Boosting auras around your animal when active!

RAGDOLL PHYSICS
Your prey now realistically dangles from your jaws as you carry and drag them!

MASSIVE REALISTIC 3D ENVIRONMENT
Explore a world so big we created TWENTY FOUR unique dens for your animals to live in! Hunt in the frosty mountains, build your home in the remains of dead trees, and brave freezing waters to find a comfy iceberg!

Download the Ultimate Arctic Simulator to transport yourself into the snowy plains of the tundra and survive life as your favorite arctic animal!

If you liked living in the Arctic then you'll love our other animal simulators! Download our Ultimate Cat Simulator and live as a wild feline in the city, or try the Ultimate Wolf Simulator and howl at the moon with your pack of wolves!

Need help? Use our Ultimate Arctic Simulator Walkthrough page or sign up and make your contribution today.

Ultimate Arctic Simulator is a simulation game developed by Gluten Free Games, and is available for download on both iOS and Android devices. The app is compatible with iOS 6.0 or later on the following devices: iPhone 11 Pro, X, Xs, SE, iPhone 8, 7, 6, iPad Pro and iPad Mini.

Click the button or scan the QR code below to download the latest version of Ultimate Arctic Simulator on iOS. 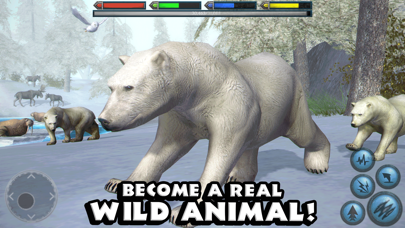 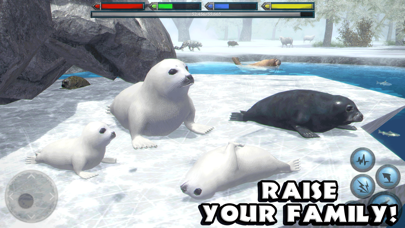 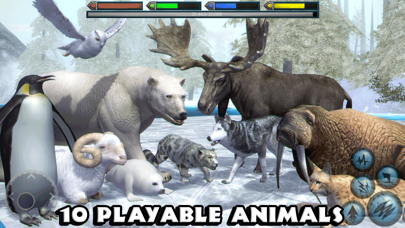 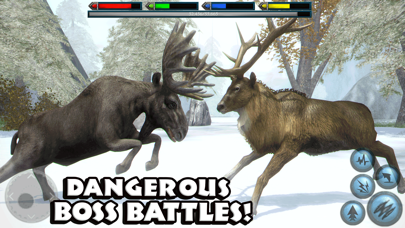 Review: You need to update this simulator Since I got this simulater it has not been updated and if I go into it I kicks me out😠😢

By eye of the wolfs

Review: Idea Ok this is a kind of crazy idea but could you please please make a human simulator Thanks if you...

Review: Great Just if you could make it fasting when you have babies and no disconnecting cuz that makes me restart my...