Yatzy by SNG is now ready for iPhones and iPads with its high quality. You can now download the best Yatzy dice game for free. YATZY is a board game with its original rules. Five dices with six sides and 15 sections to be filled in 15 rounds. It is a Scandinavian public domain dice game very similar to Poker Dice, Yacht, Generala and Cheerio, Five Dice. Yatzy is also known as Yahtzee, Five Dice, Yachty and Farkle in different countries.
This is a game of strategy and luck. Try to get the highest points possible by completing fifteen different dice combinations. Those combinations are one pair, two pairs, three of a kind, four of a kind, small, straight, large straight, full house, and chance for the lower section and ones, twos, threes, fours, fives, and sixes for the upper section. And we have Yatzy, the mother of them all.

Features:
- Real dice probabilities.
- Smooth graphics and game play.
- Play solitaire or against an opponent.
- No need for an internet connection.
- Totally free, even no in-app purchases.
- No banner ads.

Enjoy this new game from SNG.
Best of luck.

Need help? Use our Yatzy Offline Walkthrough page or sign up and make your contribution today.

Yatzy Offline is a free-to-play board game developed by SNG ICT, and is available for download on both iOS and Android devices. The app is compatible with iOS 10.0 or later on the following devices: iPhone 11 Pro, X, Xs, SE, iPhone 8, 7, 6, iPad Pro and iPad Mini. 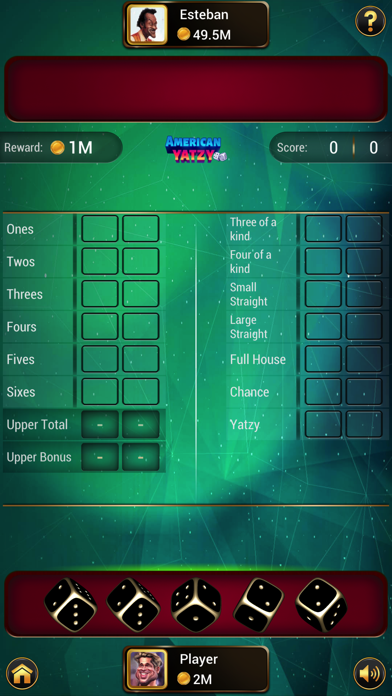 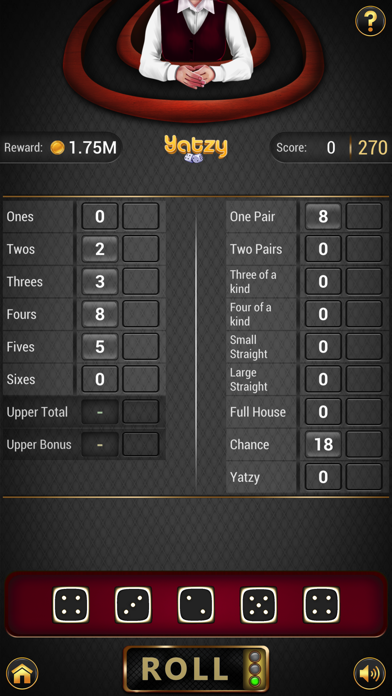 Review: No ads?? The overall play of this game is simple and as expected. The only thing I am not happy with is...

Review: My favorite Yahtzee I have tried. Several. This is the best.