Finally! Amuseware's (super fast) Triple Yatzy game designed to fit any iPhone or iPad.
Normally, a phone screen is too small to display a Triple Yatzy scorepad. But with our unique magnify feature, you can record your scores right on the scorepad. If you make a mistake, you can "Undo" and try again.

The object of the game is to score the most points by rolling five dice to make certain combinations. The dice can be rolled up to three times in a turn to try to make one of the thirteen possible scoring combinations per game. A Triple Yatzy game consists of completing three Yatzy games, each consisting of thirteen rounds during which the player chooses which scoring combination is to be used in that round. Once a combination has been used in the game, it cannot be used again.

This game DOES NOT require WIFI, GPS, or any personal information. No ads. No in-app purchases.

Need help? Use our Best Triple Yatzy Ever Walkthrough page or sign up and make your contribution today.

If the player accidentally entered a zero in a Yatzy scorebox, and then pressed the UNDO button, the Yatzy bonus would not work properly for subsequent yatzys. This has been fixed.

About Best Triple Yatzy Ever

Best Triple Yatzy Ever is a board game developed by Scott Slocum, and is available for download on both iOS and Android devices. The app is compatible with iOS 9.0 or later on the following devices: iPhone 11 Pro, X, Xs, SE, iPhone 8, 7, 6, iPad Pro and iPad Mini. 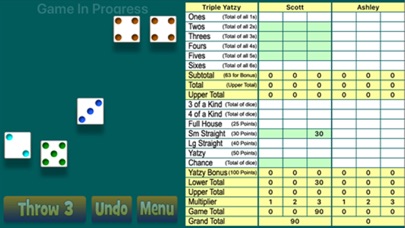 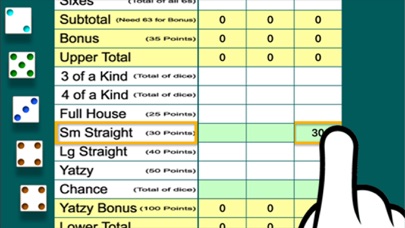 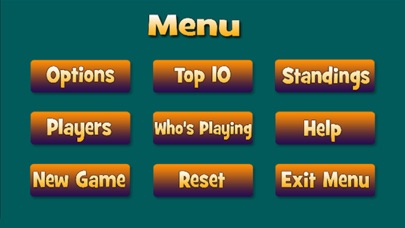 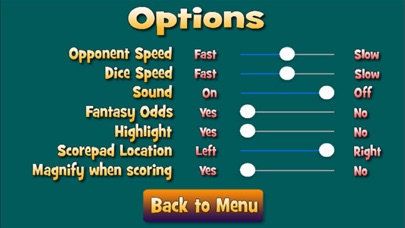 Review: 'Finally a Yahtzee with no ads.' 'Disappointedly tried and deleted several version of my favorite time killing game. Seems like the industry decided it is such...

Review: 'Glitches' 'I’ve noticed more and more the scores for getting Yahtzee’s are not showing up. I’ve been playing...

Review: 'Goog game' 'Love this game because it reminds me of playing triple Yatzy with my mom years ago.'