The alliances of Good and Evil have been forged. The final battle between epic warriors and heroes on both sides is about to start. Ride the crest of the Idle RPG wave with Epic Summoners!
Prepare your best summoner heroes for the fight. Join friends and players from across the globe as you embark on an epic journey of enchantment to explore the Magic Ladder and the secrets contained deep within. Lead your action heroes and warriors into the light and overcome all battle challenges that lay before you to emerge victorious in an epic war! The world's destiny is in your hands!

ENGROSSING ACTION RPG GAMEPLAY
Your summoner heroes can’t wait to fight auto-battles against the enemy on your behalf! Recruit and gain experience with every powerful hero in the battle in this idle game!
Epic equipment and legendary summoner heroes and warriors waiting for you to collect!
Earn awesome combat rewards even when you’re offline. No need to stress when life calls!

ENDLESS TACTICAL AND STRATEGIC FUN
Plan your battle tactics with your hero to secure victory in this action RPG!
Collect, upgrade and use your equipment wisely to show off your strength as leader on an epic adventure!
Simple, yet effective strategy combat allows you to enjoy this RPG at home or on the go! Plan your characters tactics and dominate the battlefield to defeat evil heroes and enemy warriors troops!

THRILLING ACTION BATTLE CONTENT TO KEEP YOU ON YOUR TOES
Summon and recruit summoner heroes and warriors troops, deploy, defend, fight, collect and upgrade to accomplish your RPG goals!
Between the Expedition Airship, Arena, Magic Ladder and Wishing Pond, there’s a huge world to explore in this idle game and new creatures to find!
Your interest will never waver with our steady stream of great war content! Challenge your friends and defeat players from all over the world in this action RPG!

THROW DOWN WITH PLAYERS AND FRIENDS
Step into our battle RPG Arena and compete with skilled players from all over the world! Recruit new summoner heroes and warriors troops with different abilities to defeat every evil enemy!
Change your tactics and action maneuver against rivals to see your name climb the rankings and beat your friends best scores!
Win awesome battle rewards on your way to claiming the ultimate victory wih your army in this war idle game!

Start now this epic journey with your best action hero and powerful warriors in a fantasy adventure with different creatures and battlegrounds in a non-stop RPG! Lead your magic summoner heroes guild army in a battle to the death!

Need help? Use our Epic Summoners Walkthrough page or sign up and make your contribution today.

1. [Battle] Optimized Protection Mechanism: When damage inflicted on the protection is higher than the protector, protection will not be triggered 2. [Fix] Fixed a bug that Axe King's Berserk Attack was not limited to the back row 3. [Battle] Burning, bleeding, real damage and rebound damage will not be reflected anymore 4.[UI] Legendary Invitation Competition has been extended to the top 8 in Honor rankings. Records of the top 8 can be viewed here

Epic Summoners is a free-to-play strategy game developed by Feelingtouch Inc, and is available for download on both iOS and Android devices. The app is compatible with iOS 7.0 or later on the following devices: iPhone 11 Pro, X, Xs, SE, iPhone 8, 7, 6, iPad Pro and iPad Mini. 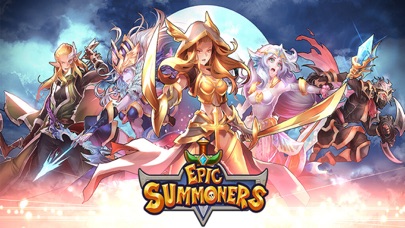 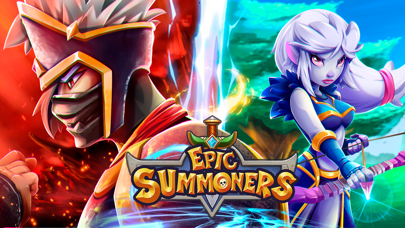 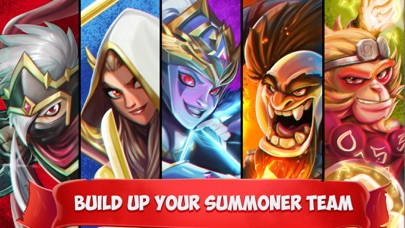 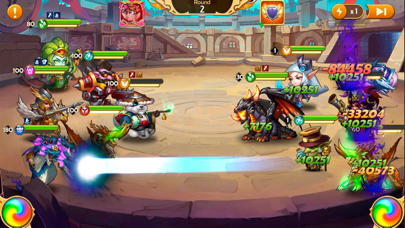 Review: 'Great strategy game' 'Having a great time playing this game, couldn’t get any better'

Review: 'Just another fighting game' 'Just like all the rest of these types of games out there ......it’s designed to frustrate you enough to...

By Zar the lion

Review: 'Great game' 'Passing the time. This is one of those great games.'

Review: 'Good game' 'Game is really based on chance. You have to wait to get a good character. \n\nThere are also different...

Review: 'Roblox and Robux' 'I played this game to earn robux and it actually worked it was a success'