The surface world has been rendered useless. As evil energy weighs heavy on the atmosphere, a chasm opens and births what can only be described as a malignant structure of pure hate. With no where to go but down, our fearless hero thrusts himself into a seemingly endless dungeon that knows nothing but pain and misery. Beings spoken about in whispers since the dawn of time known as the Hollow Ones dwell within, controlling the uncontrollable chaos. Welcome to… The Scrungeon Depths.
What the web is saying about The Scrungeon Depths:

"The Scrungeon Depths is an incredibly clever game that manages to both exemplify and satirise the dungeon crawling genre..."
- TouchArcade

"This roguelike madhouse does exactly what it says in the tin: you'll fight a lot, you'll die a lot, and you'll experience some pretty big, bad bosses in the darkest depths of the world."
- Pocket Gamer

"Everything runs buttery smooth and the controls work perfectly. The visuals are a beautiful mix of chunky pixel art."
-Snappzilla

The Scrungeon Depths is an over the top, ludicrously randomly generated rogue like madhouse. Wade through the body parts of defeated foes to crawl ever deeper and seek answers to the mysteries held within. Only the strong (and slightly insane) will survive.

INSANE- First lets start off by saying how bananas The Scrungeon Depths truly is. The amount of random number generation that actually runs this entire universe is out of control. Only the strong willed will survive.

NEVER ENDING- Some prefer a neatly wrapped package. Others live on the wild side and tear a present open hoping for more than socks. Scrungeon is more than socks. Though, socks do ward off damaging floor traps...

INTENSE- Intensity can sometimes be a bad thing, but when baddies are afoot, nothing could be further from the truth! Fight fast and furiously. Don't break your screen, though.

MFI CONTROLLER COMPATIBLE- Because why not? You've got a Nimbus lying around somewhere, don't you? Use it.

Need help? Use our The Scrungeon Depths Walkthrough page or sign up and make your contribution today.

The planet continues to crumble beneath the weight of enveloping darkness. The Schrism erupts and tears yet another hole in the sky. The atmosphere drips into space like the tears of a starving infant. Agonizing fear cripples the populace as the ozone melts away. This is the end. The horror has only begun to dig it’s filthy, wretched claws into skin and bone. The Hollow Ones rise again stronger than before, pushing our hero harder than ever. A couple new monsters crawled forth from the schism in the void, unleashing terrible new pain on the unsuspecting Scrungeoneer. As time and space tore asunder yet again, new relics were sprinkled beneath the surface, apparently one of which summons a stench filled puppy. Were blades too up close and personal for you? What about swords imbued with flame? Or daggers dripping with poison? Or bows that transcend this mortal realm by piercing through the flesh of as many enemies as it can? The time has come to trudge deeper than ever before and put an end to the Schrism once and for all. This will not be easy, Scrungeoneers. Take up arms, fight back. TL;DR THE SCHRISM UPDATE IS HERE: - New relics and weapons! - New enemies! - Hard mode bosses beyond the endgame. - New final boss fight! - Various bug fixes. - A new dungeon floor effect. - A new trap. - I still love you.

The Scrungeon Depths is an adventure game developed by Chase Holton, and is available for download on both iOS and Android devices. The app is compatible with iOS 10.0 or later on the following devices: iPhone 11 Pro, X, Xs, SE, iPhone 8, 7, 6, iPad Pro and iPad Mini. 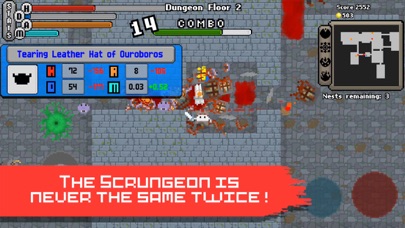 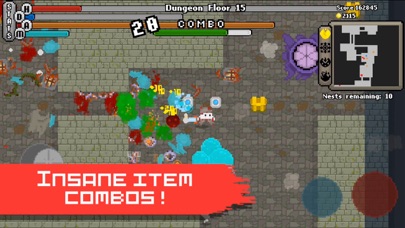 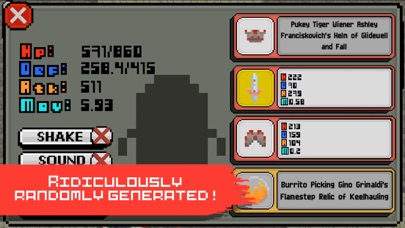 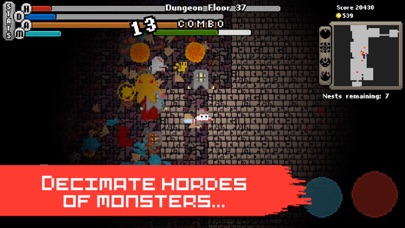 Review: Amazing! I love it! Great game, fun to play, easy to pick up and play, simple controls.

Review: Dungeon beast master 9000 This game is an absolute blast!! Non stop beast killin! The names of the weapons and armor crack me up....

Review: stupid me So far my only issue is sometimes in the heat of battle i’ll pick up an item I didn’...

Review: Love It! I tried this game at DreamHack and managed to get past the second boss but it was constant action while...

Review: Love it Great game but needs more. Skill trees spells maybe different looking levels. But what would really make it for me...