Get ready to start the carnage in the digital edition of AEG’s shufflebuilding card game, Smash Up. Choose two faction decks from Pirates, Ninjas, Robots, Zombies, and more, and combine them to create a hybrid team that is a force to be reckoned with!

-- NO GAME IS THE SAME… NO FACTION IS THE SAME! --
Mash up 2 factions into a 40 deck of cards, with each faction having different mechanics every mash up is different.

-- THINK STRATEGY! --
You only need 15 points to win the game…Sounds easy? How easy is it when another player has a Pirate-Dinosaur deck, they decide to sail into the base you have your eyes on and release King Rex to stomp your minions into the ground… Better think ahead bro.

-- REVIEWS --
“It’s a goofy theme with fun art and high replayability, but beneath that veneer of casual play is a great middle weight card game that lives on the line between hardcore gamer and casual enjoyment.” —Jonathan Bolding “The Escapist”

“Smash Up is smashing good fun, especially among gamers who can relax, revel in the sheer audacity of some stupid-good plays, and aren’t ashamed to let loose and let their geek flags fly.” —Dice Hate Me

“What do Pirates, Ninjas, Robots, Zombies, Aliens, Wizards and some other things have in common? They’re all trying to take over the world! But they can’t do it alone - so they’re teaming up.”

Need help? Use our Smash Up Walkthrough page or sign up and make your contribution today.

About Smash Up - The Card Game

Smash Up - The Card Game is a card game developed by Asmodee Digital, and is available for download on both iOS and Android devices. The app is compatible with iOS 8.0 or later on the following devices: iPhone 11 Pro, X, Xs, SE, iPhone 8, 7, 6, iPad Pro and iPad Mini. 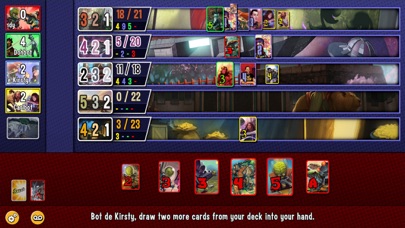 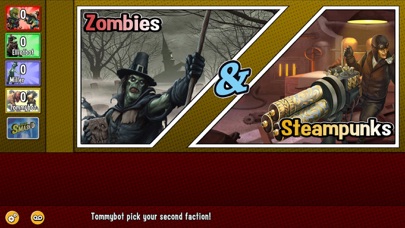 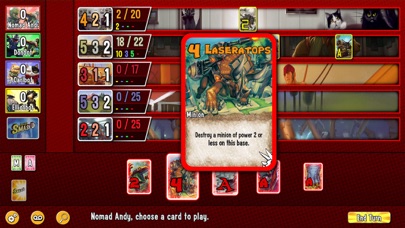 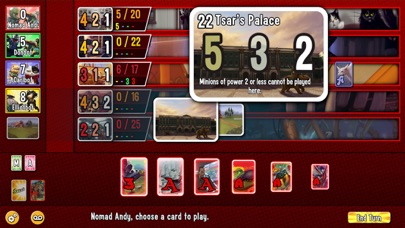 Review: 'One of my fav card games' 'Smash up is a nice card game, nice it’s mobile so I can practice'

Review: 'Love Smash Up' 'I wish there were all the factions to choose from. And sometimes you can’t use the bases abilities but...

Review: 'Fun but not perfect.' 'This is a well built app, but it does have some flaws. For instance, unable to play cards when you...

Review: 'Smash up rules!' 'Be careful though. When you play the AI they don’t miss a beat so you gotta pay attention to...