The Plague Inc: Scenario Creator is a powerful yet easy to use content creation tool which lets players bring their deadliest ideas to life as they develop/mod their own custom scenarios for Plague Inc. and then share them with the world

◈◈◈ Push your creativity and imagination to the limit ◈◈◈
Want to make a cat pandemic, an infectious political meme or an alien parasite that makes people’s heads explode? How about a government that evacuates the population of Madagascar to the moon, a youtube star that turns people into zombies or a travel company that operates hundreds of flights to Greenland every day. Maybe you want to just want to accurately model how a real life disease might spread...

With the Plague Inc: Scenario Creator - you can do all this and lots more! Unleash your creativity and show the world your wonderful/twisted/weird/scary [delete as appropriate] creations.

◈◈◈ Access powerful developer labs ◈◈◈
The creator contains five labs, each with a specific focus. Choose which of them you want to use for any given scenario:

● Share scenarios directly with friends by sending them an email (or link in Twitter/Facebook etc)
● Publish your best scenarios worldwide to over 85 million players with the press of a button then see statistics on how many people play your game and what they think about it. Make your virus go viral! :P

▶ IMPORTANT - This app is a tool to create custom scenarios for Plague Inc. It is not a game! You need the original Plague Inc. game installed in order to play scenarios. To get the original game - go here: www.plagueinc.com

Plague Inc. Scenario Creator - The Creator’s Update It’s now easier than ever to create and share your own scenarios with Plague Inc.’s 100 million+ players, with new features such as: MORE PUBLISHING SLOTS! - You can now publish up to 14 scenarios (previously 7) SECURE BACKUP! - Keep your unpublished scenarios safe in the cloud CREATE ACROSS MULTIPLE DEVICES! - Start creating on your phone and then finish on your tablet (or vice versa) Minor bug fixes Will your virus go viral? ;) 1.1.7 - Now with iPhone X support! 1.1.8 - Various stability enhancements 1.2.1 - Fixed reported issues

Plague Inc: Scenario Creator is an application developed by Ndemic Creations and released on iOS. The app is compatible with iOS 9.0 or later on the following devices: iPhone 11 Pro, X, Xs, SE, iPhone 8, 7, 6, iPad Pro and iPad Mini. 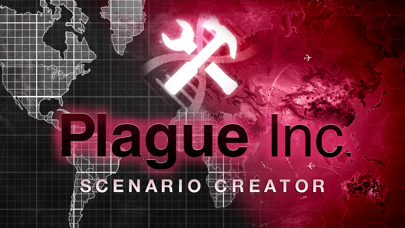 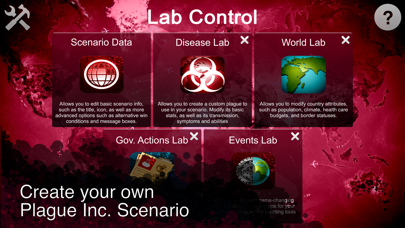 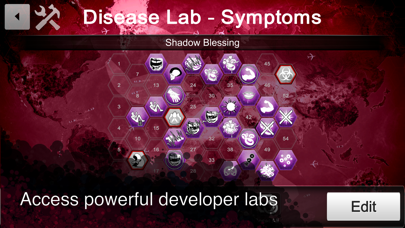 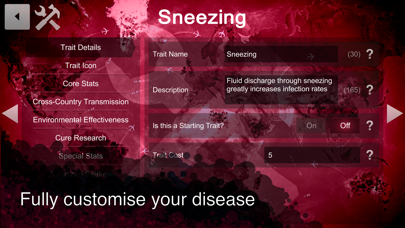 Review: 'Wonderful game!' 'I figured out how to set events and the game is still as good as ever! However I am still...

Review: 'Cool' 'I love this game so much it just makes me not want to delete it'