Tiny Gladiators combines elements of action-packed fighting game and engaging RPG. Venture into 4 distinct regions, each one full of powerful enemies for you to battle. During your journey of vengeance you will have to not only defeat them, but also stand tall against intimidating bosses. Defeating them will help you get closer to your final goal and finding out what exactly happened to your father...
To stand a chance against your enemies you will have to upgrade your character, learn new skills and purchase powerful gear. The game features dozens and dozens of unique pieces of weapon and armour. Discovering them and the effect they have on combat is a fun on its own - but it also lets you prepare for the biggest challenges.

In addition to completing the single player story mode you can challenge other players to online battles. Bring your best items, prepare your deadliest abilities and rise in the global ranks of the best Tiny Gladiators!

And if you're feeling really strong, go forth into the Survival Tower where the greatest dangers await. If you manage to survive long enough and defeat multiple enemies in a row, you stand to earn a fortune in diamonds. One entry per day is on us - but beyond that you have to put your in-game earnings on the line. It's a high risk and high reward mode tailored to the needs of the bravest players.

TURN BASE MULTIPLAYER
Multiplayer mode is where the real fun begins! Play with friends or with hundreds of thousands of players from around the world. Send them a challenge and show them who is the ultimate Champion!

iCLOUD SYNC
Synch your progress to iCloud to continue your games on any iOS device.

Need help? Use our Tiny Gladiators Walkthrough page or sign up and make your contribution today.

Fixes to clans and multiplayer

Tiny Gladiators is an application developed by BoomBit, Inc and released on iOS. The app is compatible with iOS 7.0 or later on the following devices: iPhone 11 Pro, X, Xs, SE, iPhone 8, 7, 6, iPad Pro and iPad Mini. 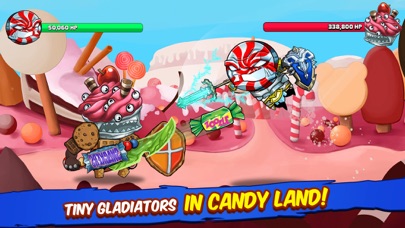 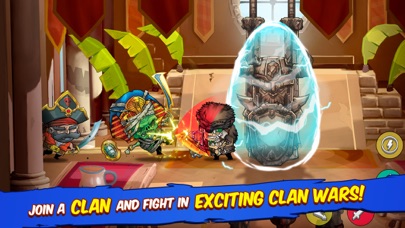 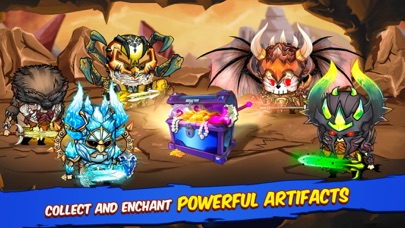 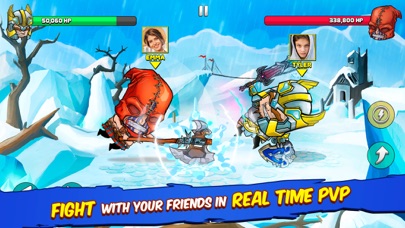 Review: Nostalgia I love this game when I was a kid and I always played and when I stopped something in me...

Review: So good I love it it’s such a good game

Review: I love this game but it needs to be fixed Every time when I unlock enough stars to fight the bonus opponents, i beat them and then it glitches out...

Review: Great game but one tiny thing Everything is awesome I love the whole game just one thing kinda bugs me is that the extra levels that...

Review: FOR SOME REASON PVP DONT WORK FOR ME I LOVE THIS GAME OK AND I BEEN PLAYING IT FOR ABOUT 1 mouth and can’t stop the grind but...