Blast your way through clusters of weird alien creatures, collect weapon upgrades and face intergalactic bosses!
Dodge Blast is a classic arcade space shooter with two button controls. Build up your high score with combos and by blasting enemy formations. Pick up space coins to unlock new ships and fight your way through this strange and endless galaxy.

Recommended devices: iPhone 5, iPad 2 or any newer iPhone or iPad with iOS 8 or higher.

Need help? Use our Dodge Blast Walkthrough page or sign up and make your contribution today.

This app has been updated by Apple to display the Apple Watch app icon. - iPad display support - Fix for iPhone 5 display

Dodge Blast is a free-to-play action game developed by BUN GUN AB, and is available for download on both iOS and Android devices. The app is compatible with iOS 8.0 or later on the following devices: iPhone 11 Pro, X, Xs, SE, iPhone 8, 7, 6, iPad Pro and iPad Mini.

Click the button or scan the QR code below to download the latest version of Dodge Blast on iOS. 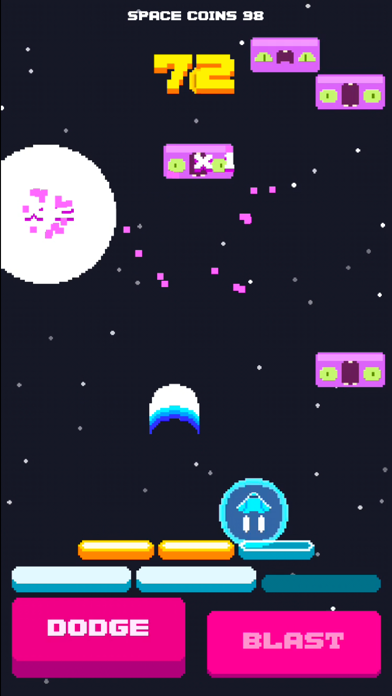 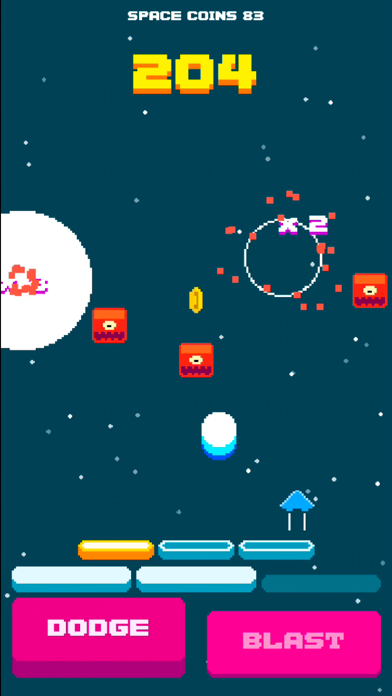 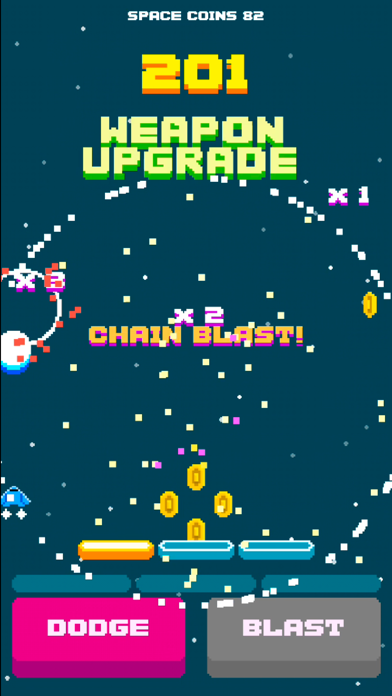 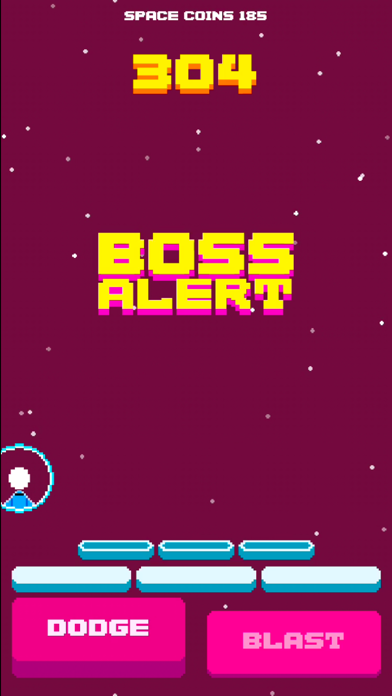 Review: A mistake Bun Gun Hey Bun Gun AB the Robin ship supposed to have 2 bullets the stats and when in play theres 3 bullets please...

Review: Favorite game This is my favorite game for mobile, the game is juicy, Awesome, fast and fun to boot up. It’s...

Review: Tobias ornberg Ok so I am giving this a 1 star because my name is Cameron Oberg and the way the game is...

Review: Awesome! Omg! Man the very simple yet creative idea behind this game made me so pleased. I want to pay for...

Review: We have a winner! I download so many games, only to be disappointed often. Once in a great while you find a little gem....