From the two guys that made ShipmatcH and Zombies of the Dead. With almost 3 years spent in development, comes their most ambitious project yet.

When covert deep space technology needs repairs, a team of highly trained specialists are sent to perform just such task. What the team didn't know is WHY everything on the Wandering Star needed repairs...

Now, surrounded by hostile aliens, and mercenaries sent to keep you from the truth, the team must fight their way back to safety, and hopefully to some answers!

GET TACTICAL:
Play the game in two completely different modes! Action mode for fast paced 3rd person shooter action, with gameplay straight out of a console game, complete with cover system! Or play Tactical mode, a top down squad based RTS where you control every action of your team of four!

NO GAME IS EVER THE SAME:
Battle your way across varied locations including cramped spaceship halls, secret facility bunkers and vast planetary surfaces!
Every level layout is randomly generated, creating almost infinite possibilities within the nine campaign missions. Monster placement and reactions will be different every time you play for more variation and replayability!

TOO HARD? TEAM UP:
Play through the entire campaign with up to four players in co-operative mode! Customise your player colours to stand out locally with wifi or globally thanks to Game Centre, in both Action and Tactial mode!

ARM UP AND MOVE OUT:
Collect 20 different weapons, starting from the humble pistol and working your way through SMG's, Assault rifles, Sniper Rifles all the way up through Flame throwers to the devestating Rocket launcher, and Maintainence Spiker! And if a single gun isn't your style, you can always dual wield!

TAKE ON YOUR FRIENDS:
6 different styles of randomly generated arenas await players who like to make things personal! Prove who is the best in Death Match, Blaster Master, or the co-operative Horde Mode!

FIND THE SECRETS, UNCOVER THE TRUTH:
With two different endings and plenty of hidden packages delivering bonus artwork to players, there's no reason not to play this game with friends again and again! Can you keep your entire team alive long enough to find out what has happened?

Have you got what it takes marine? Download OFFWORLD: TACTICS today!

Need help? Use our Offworld Tactics Walkthrough page or sign up and make your contribution today.

Changes in this update: Changes for V1.32 - Bluetooth gamepad support -- play Offworld Tactics as it was meant to be played! - Improved loading time on faster devices. - Compatibility update for iOS 14 and iPadOS 14. - Minor bug fixes.

Offworld Tactics is an action game developed by Brett Elms, and is available for download on both iOS and Android devices. The app is compatible with iOS 9.0 or later on the following devices: iPhone 11 Pro, X, Xs, SE, iPhone 8, 7, 6, iPad Pro and iPad Mini. 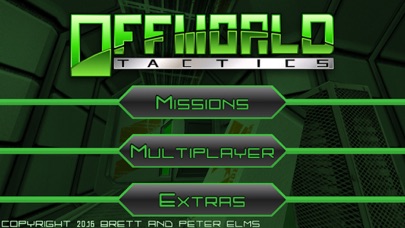 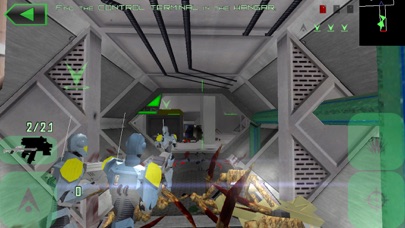 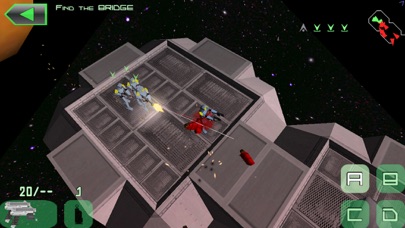 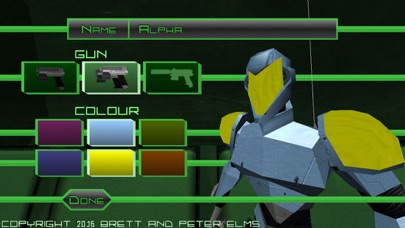 Review: Has potential. When’s online play coming back? (Up Glad to see you guys finally update the game and especially the controls. When will online play be returning though?...

Review: Controls Could be good but the controls are terrible

Review: You'll have to do better than that Hi, Your game is not too bad, but I'd advise that you fix all the glitches and big within the...