*** WARNING: DUE TO HEAVY GRAPHIC AND PROCESSING REQUIREMENTS, THE BUG BUTCHER IS ONLY COMPATIBLE WITH IPAD MINI 2+, IPAD 3+, IPHONE 5+ AND iPOD TOUCH 6TH GENERATIONS. ***
Reviews:

The Bug Butcher is an intense action shooter, wrapped in stylistic 2D art, and smeared with humor where timing and fierce reflexes are paramount!

The gameplay has an extremely simple core mechanic that is easy to understand, but hard to master. Plus, who doesn’t love a universe where you wield a beefy arsenal of military grade weaponry.

The core mechanics hold old ties from the classic arcade shooter “Super Pang” where you shoot vertically, but with modern day twists. You are Harry, a brash and tenacious exterminator who has a knack for decimating bugs.

Harry’s current assignment takes him to the infested futuristic research facility on planet Zoit. The surviving and dwindling number of scientists employed him for his slaughtering skills. Harry’s mission: survive until the decontamination of the building is complete, hoard coins like his life depended on it, and protect the scientists at all costs. Watch out for the spiders as they have a particular fondness for rubber encased scientists. After landing, you will move from room to room through the facility blasting rockets, lasers, and wielding the power of lighting upwards at anything not human.

Need help? Use our The Bug Butcher Walkthrough page or sign up and make your contribution today.

About The Bug Butcher

The Bug Butcher is an action game developed by Noodlecake, and is available for download on both iOS and Android devices. The app is compatible with iOS 9.0 or later on the following devices: iPhone 11 Pro, X, Xs, SE, iPhone 8, 7, 6, iPad Pro and iPad Mini.

Click the button or scan the QR code below to download the latest version of The Bug Butcher on iOS. 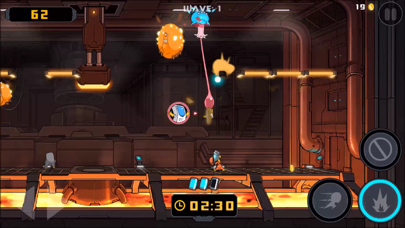 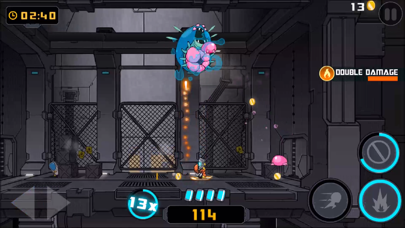 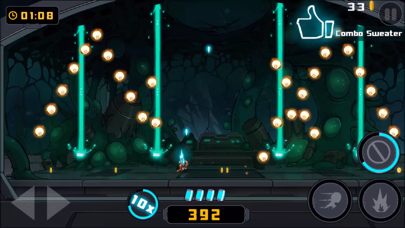 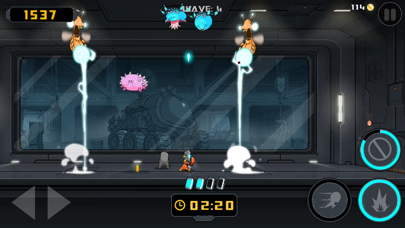 Review: Not playable The movement arrows located too close to each other. Due to this problem, the gaming process became awful and irritable.

Review: Buttons not working sometimes Sometimes the buttons won’t work, makes me mad as well you know. Having a good run combo is high...

Review: Bug butcher I love this game and it has really addictive fun game to play with your friends play the game once...