Vulture Island is a platform adventure with a distinct focus on exploration to tickle your curiosity.

Rather than stacking up high scores and running towards the end of each level, you get to roam freely in an open world and explore caves, swamps, temples, pirate ships and more.

You collect objects along your way, solve puzzles and talk to NPCs, all while being wrapped inside the platform gameplay mechanism we all have to come to love since the golden era of 8-bit computers and consoles.

Benjamin has built a spectacular flying machine to take him and his friends around the world.
During one of the first flight sessions something goes wrong. The youngsters have no choice but to parachute themselves to safety.

After an exhausting swim Alex, Paul and Stella end up on a distant island. Barehanded and with no trace of Benjamin.

* Non-linear gameplay: Explore the island freely
* Non-destructive gameplay: When failing, you're simply thrown back to the overview map instead of losing all progress
* Interact with characters, trade tools and help each other
* Collect items to your inventory
* Solve puzzles
* Battle enemies & bosses

Need help? Use our Vulture Island Walkthrough page or sign up and make your contribution today.

- Collectors icon added by popular request (#41) - Fixed a bug where the player could get stuck under a block inside the Mines of Shamus - Optimized assets: Saves valuable space on your device As always, thanks to all fans for your support. We hope you'll enjoy this update!

Vulture Island is an adventure game developed by Donut Games, and is available for download on both iOS and Android devices. The app is compatible with iOS 8.0 or later on the following devices: iPhone 11 Pro, X, Xs, SE, iPhone 8, 7, 6, iPad Pro and iPad Mini. 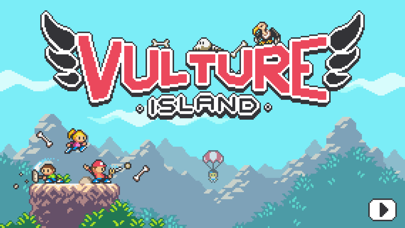 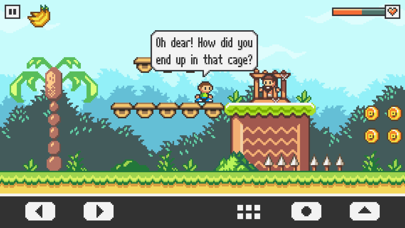 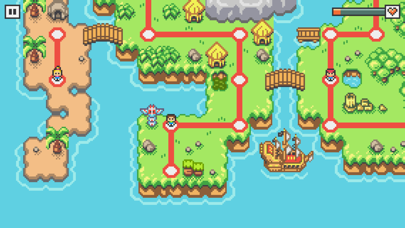 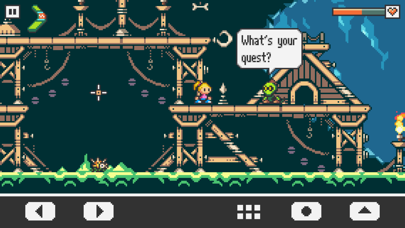 Review: 'Better than expected' 'At first I was reluctant to buy the game but I was drawn to the graphics because of the similar...

Review: 'Fun Adventurous Game 😃' 'It was very puzzling at first, but once I got the hang of it, I real enjoyed the game. The...

Review: 'Could be better' 'I think that three dollars is too much to pay for a game that might last you one afternoon. The...

Review: 'Super fun' 'Amazing game! Donut Games has a huge variety of games, and I really liked the path they took starting with...

Review: 'Tons of fun' 'This is an excellent little adventure game. The items used usually make sense although the game could really use a...