The real time online multiplayer Demolition Derby game.Download and play against your friends and rivals now for free!

Choose from various cars and tracks and hit the Play button to instantly play against demolition derby rivals across the globe worldwide. Easy to play, but buckle up and fasten your seat belts as you smash your way to victory and become the demolition derby champion.

Multiplayer redefined
Smash and crash into your opponents and see the full physics and damage emerge in front of your eyes even when playing online (3G, 4G, or WIFI) in real-time against rivals. With the Destruction Crews' new breathtaking peer-to-peer multi-player technology that has been optimized over the past years this game makes you experience multiplayer gaming like never before.

This is not your average racing game! Hit the install button and join the destruction and mayhem with Demolition Derby Multiplayer. Download and install for free now!

Need help? Use our Demolition Derby Multiplayer Walkthrough page or sign up and make your contribution today.

- Added a new car, The Wolf C5! - Re-balanced several cars - Fixed a bug that could cause friend codes to not function properly - Miscellaneous bug fixes and performance improvements

Demolition Derby Multiplayer is a free-to-play, sports and racing game developed by Destruction Crew, and is available for download on both iOS and Android devices. The app is compatible with iOS 9.0 or later on the following devices: iPhone 11 Pro, X, Xs, SE, iPhone 8, 7, 6, iPad Pro and iPad Mini. 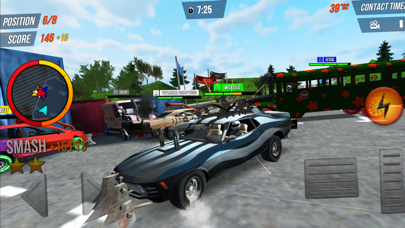 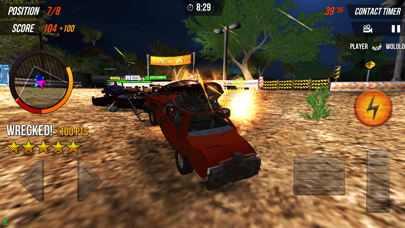 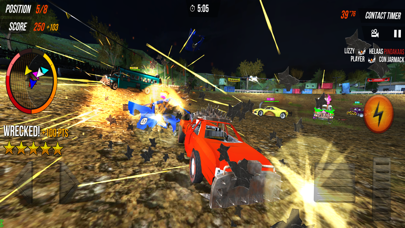 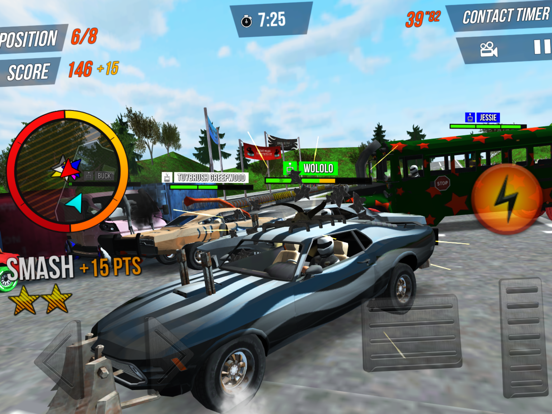 Review: 'Love the game but' 'The Bowling mini-game is impossible with ought a expensive sports car'

Review: 'A Pretty Good Game!' 'Overall, this game is pretty good. I can imagine what it is going to be like in the future. And...

Review: 'Pretty good' 'I give this game 3 starts would give 5stars if they fixed 3 things \n1.the cars don’t respond like they...

Review: 'This game is awesome' 'Me and my friend downloaded this game for fun but it turned out to be the greatest purchase of our...