Test your ninja battle tactics in the latest NARUTO SHIPPUDEN game! Take part in Shinobi Formation Battles and battle online with all of your friends. Experience the original story from the popular anime in the first-ever mobile game from the NARUTO Ultimate Ninja series!
NARUTO SHIPPUDEN: Ultimate Ninja Blazing is the ultimate fighting RPG game featuring the all-new Shinobi Formation Battle system: a strategic RPG fighting system with intuitive controls that unleash exhilarating combination attacks with your allies while avoiding group hits from the enemy.

Master team field skills, discover new fighting tactics and become the next Hokage in this first-ever mobile game in the Ultimate Ninja series!

Create Your Very Own Ninja Team!
• Form your very own ninja team with over 100 of your favorite NARUTO heroes, each with their own unique attacks and skills!
• Use special team moves together on the frontiers of battle for massive damage!

Play Through the Storyline from the Beloved Anime!
• Relive NARUTO’s classic missions from the original series!
• Relive popular scenes from the Anime, re-created for an unforgettable RPG experience!

Unleash Ninjutsu and Secret Fighting Techniques!
• Master a huge range of ninjutsu, from powerful offensive attacks to ninjutsu that can seal an enemy's movements!
• Some characters also possess even more powerful secret fighting techniques!
• Unleash combination attacks with the Shinobi Formation Battle system!
• Use Field Skills with special characters to turn the tide of battle!

Strategize and Strike at the Right Moment!
• Create battle strategies based on the position of your teammates with Shinobi Formation Battle
• Avoid group hits and to unleash special team maneuvers!

Battle with Other Ninjas Around the World!
• Take the fight online and ally yourself with other players in various missions!
• Play missions with up to 3 people in multiplayer!

Challenge Other Players in Phantom Castle Mode!
• Top the online leaderboards in monthly Phantom Castle events!
• Battle against other players for the most points and see who has the better fighting tactics!
• Take down a multitude of enemies that await you as you climb the Phantom Castle!

Note:
This game contains some items available for in-app purchase that can enhance gameplay and speed up your progress. In-app purchases can be disabled in your device settings, see http://support.apple.com/kb/HT4213 for more details.

Need help? Use our NARUTO SHIPPUDEN: Ultimate Ninja Blazing Walkthrough page or sign up and make your contribution today.

NARUTO SHIPPUDEN: Ultimate Ninja Blazing is a free-to-play, puzzle and action game developed by BANDAI NAMCO Entertainment Inc, and is available for download on both iOS and Android devices. The app is compatible with iOS 9.0 or later on the following devices: iPhone 11 Pro, X, Xs, SE, iPhone 8, 7, 6, iPad Pro and iPad Mini. 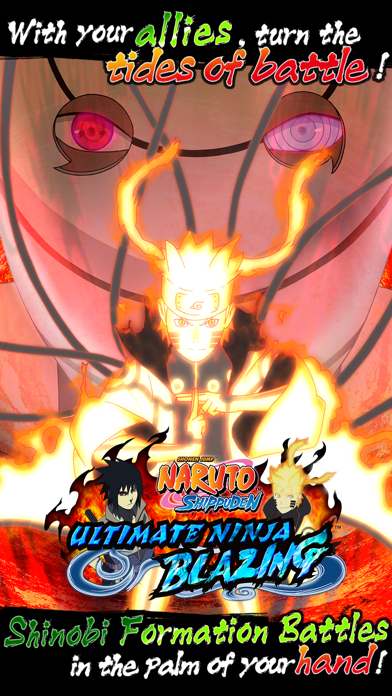 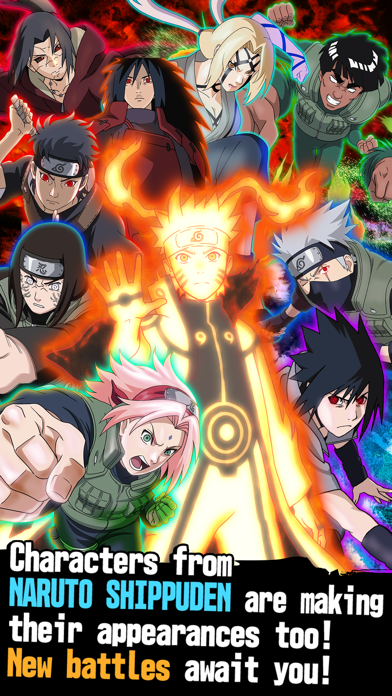 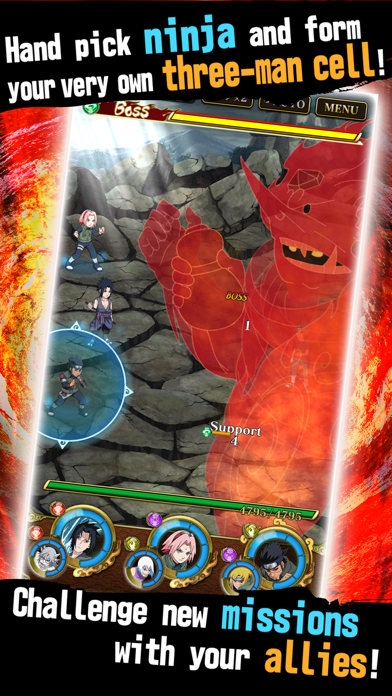 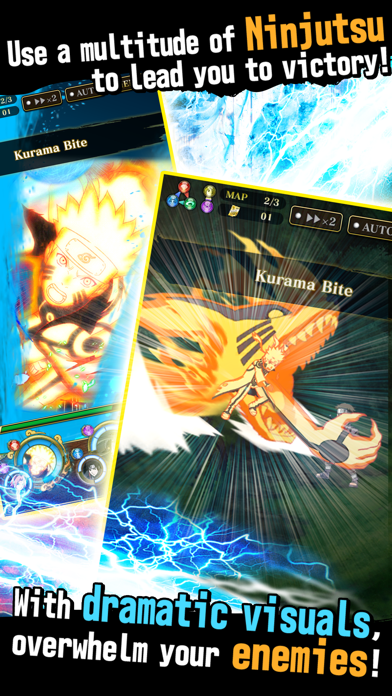 Review: 'NARUTO Blazing is op' 'This is the game of my life this is the real game I was looking for NARUTO blazing deserves 5 stars...

Review: 'Ideas' 'This game is fun but if you can I would make the game more realistic for the story mode and...

Review: 'Great game but read pls' 'Ok so I want to start off by saying that this game is simply astounding but recently there has been...

By Sasuke the sag3

Review: 'Needs some things added' 'It a super awesome game but it would be better if you could trade for certain characters and certain items....

Review: 'There are good summons but...' 'The summons in the game are great but I would like for anniversaries to have a summon that is free...